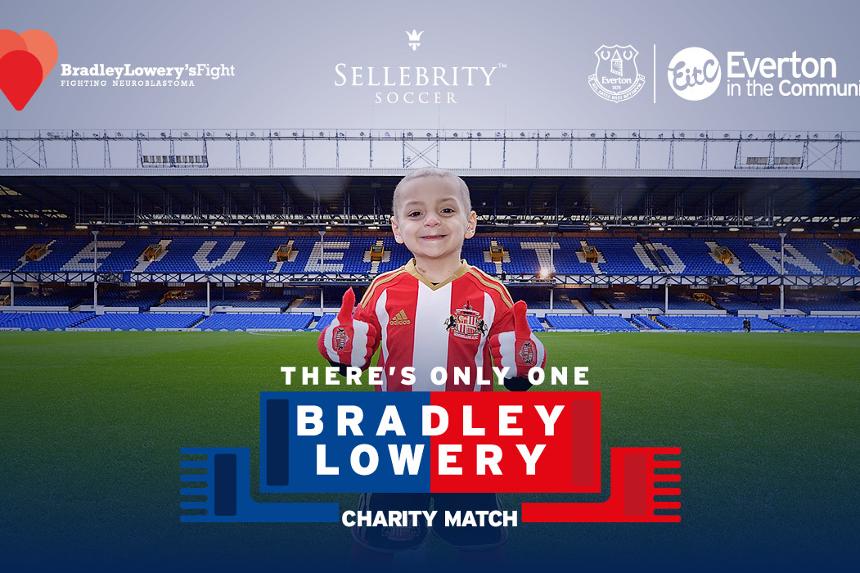 Jermain Defoe has paid tribute to Everton as he looks forward to Sunday's Bradley Lowery charity match, as the AFC Bournemouth striker's best friend will be remembered in the fundraiser at Goodison Park.

When Defoe was at Sunderland, Bradley formed a close relationship with his favourite player when the young fan was a mascot for their match against the Toffees last season.

Defoe's support for Bradley, who sadly passed away at the age of six after a long battle with neuroblastoma, a rare form of cancer, touched the footballing world.

The striker is urging people to buy tickets for the charity match, which will raise funds for the Bradley Lowery Foundation as Everton legends like Peter Beardsley will join a host of other former players and celebrities as Bradley's Blues take on The Lowery Legends.

❤🖤 @IAmJermainDefoe speaks ahead of Sunday's charity game at @Everton in memory of @Bradleysfight.

“The game will be special for me watching it for obvious reasons – the relationship I had with Bradley, my best friend, and I am still close to his family," Defoe, who can't attend the match as he is with the England squad, said in a special video message.

“I want to thank Everton on behalf of the Lowery family, and my family, for what they have done and for their support in helping the family in putting on this game; it’s going to be a great occasion.

"I also want to thank all of the players and everyone involved – it’s for a great cause and hopefully we can raise a lot of money for the Foundation and for a wonderful family.”

Proceeds from the match, on Sunday 3 September, will be split equally between the Bradley Lowery Foundation and Everton in the Community.

💙❤️ | Next weekend, we will host a @Bradleysfight charity game at Goodison Park.