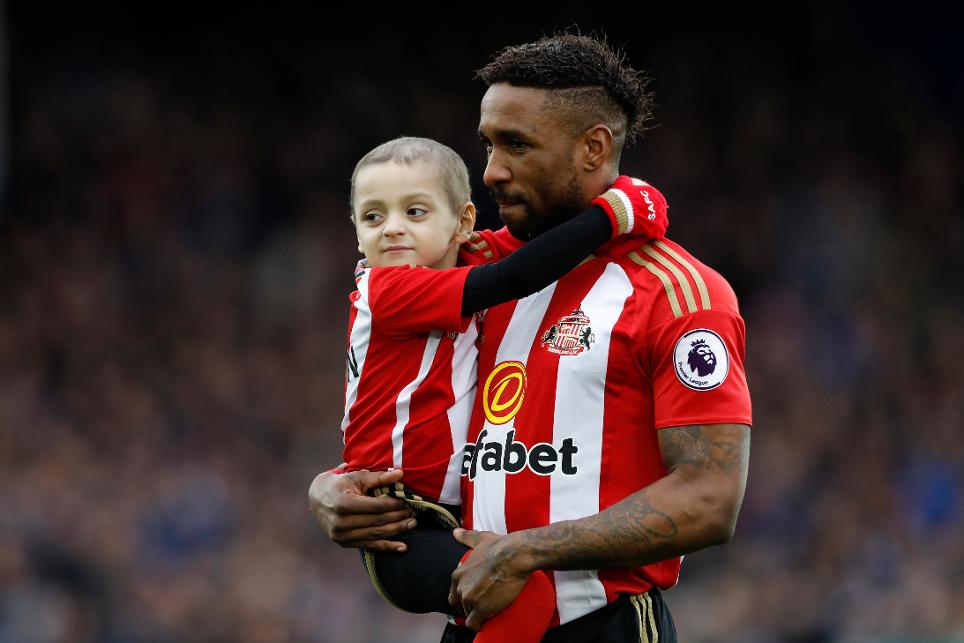 Tributes have been pouring in from the footballing world for Bradley Lowery, who passed away today after a long battle with cancer.

The six-year-old Sunderland fan had neuroblastoma, a rare form of cancer, diagnosed when he was 18 months old.

But he fought the illness and, as a mascot for Sunderland's Premier League match with Everton last September, became an inspiration for people round the world.

He also struck up a close friendship with his favourite player Jermain Defoe, who posted a moving message on Saturday.

Chelsea, Tottenham Hotspur and Everton were among the sides to send messages of condolence.

The thoughts of all at #SAFC are with the Lowery family following this afternoon's sad news.#OneBradleyLowery 💙

💙❤️ | Everyone at Everton Football Club was deeply saddened to learn of the passing of Bradley Lowery: https://t.co/rrCX5Nv8Gk pic.twitter.com/E9h6BJqQ7f

Rest in peace Bradley Lowery, such an inspiration to us all ❤️💙 #theresonlyone https://t.co/ONJGyYuUIB

Your bravery and strength was a true inspiration to us all. Rest in peace, Bradley. 💙 pic.twitter.com/Y2tZDXvB3T