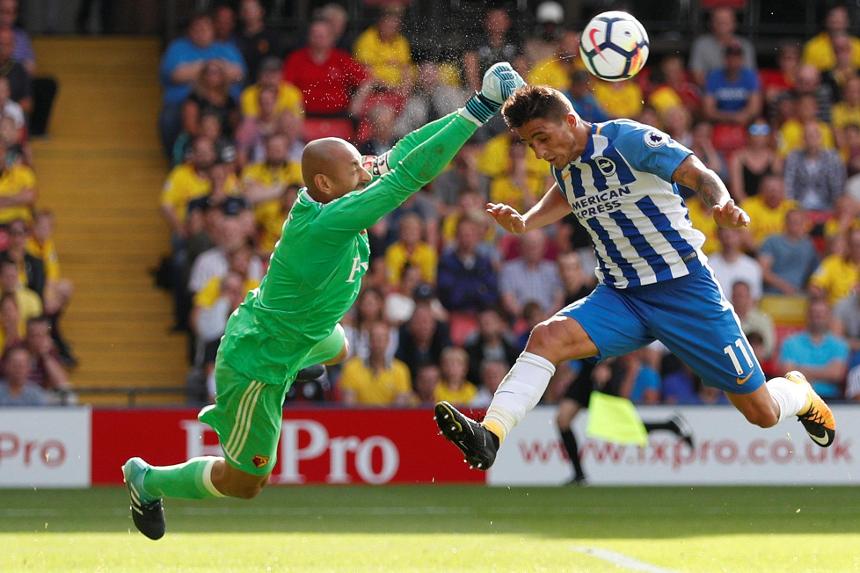 Brazilian is first in the continent to reach 50 clean sheets, but where does he rank for all PL goalkeepers?

Heurelho Gomes achieved a first for South America when he kept out Brighton & Hove Albion at Vicarage Road on Saturday.

The clean sheet that he earned in the 0-0 draw extended Watford's unbeaten start and took him to 50 shutouts in the Premier League - the first South American goalkeeper to do so.

It was his 19th for Watford since joining from Tottenham Hotspur in 2014, and it extended his dominance over his peers.

In total 13 South American goalkeepers have played in the Premier League, but Julian Speroni and David Ospina are the only other two to reach double figures.

Gomes' half century ranks some way behind Petr Cech, who holds the record for the most Premier League clean sheets.

The Arsenal goalkeeper surpassed David James' previous high of 169 in December 2015, and is now only 10 short of 200, something he could reach this season.