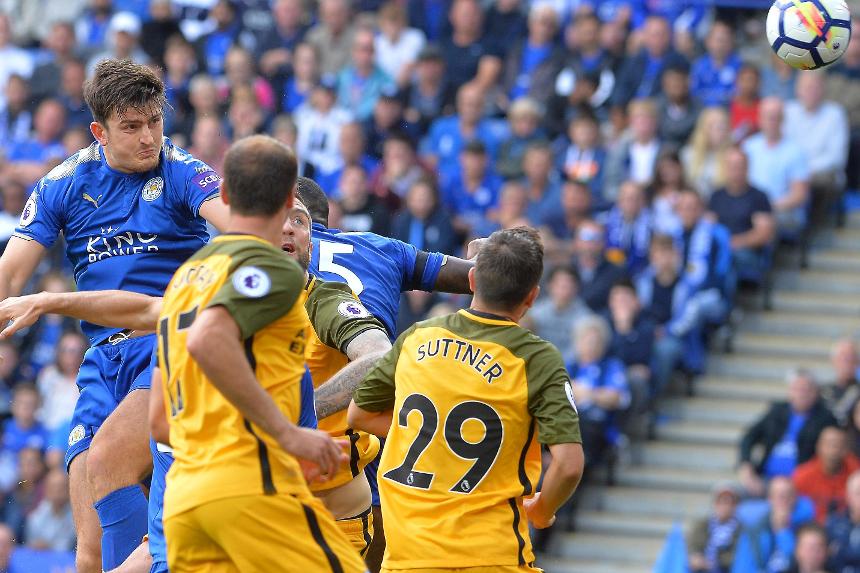 Fantasy Premier League managers often fret about their striker selections but, to this point, defenders have proved more valuable.

In Gameweek 2, Harry Maguire and Eric Bailly each scored and earned 15 points to outperform every forward.

And, for a second Gameweek running, a defender was the overall top scorer.

Marcos Alonso (£7.0m) tallied 16 points thanks to his Wembley brace against Tottenham Hotspur.

With that trio delivering and strikers faltering, the Gamewek 2 Dream Team lines up in a 4-5-1 formation.

With six saves in Stoke City's 1-0 win over Arsenal, Butland produced a Bonus Points System (BPS) score of 36 – the highest of any goalkeeper so far this season.

Chelsea’s raiding wing-back punished those 65,000+ FPL managers who sold him after Gameweek 1 by scoring twice in the win over Spurs. More than 115,000 managers have recruited Alonso since.

The Leicester City centre-back built on his assist in Gameweek 1 with a goal in the 2-0 victory over Brighton & Hove Albion. However, fixtures with Manchester United and Chelsea over the next two Gameweeks limit his appeal.

Already matching his Dream Team call-up tally from last season, Bailly claimed his first Premier League goal in Manchester United’s win at Swansea City. That helped him score 46 in BPS – more than any other defender.

The German's 17 clearances, blocks and interceptions (CBI) in the win over Newcastle United was top for Gameweek 2 and helped him to three bonus points. Huddersfield Town's next three matches all score two in the Fixture Difficulty Rankings (FDR), keeping the centre-back on the radar.

A goal, two assists and two bonus points in Gameweek 2 elevate the United midfielder to the top of the overall player standings. Pogba has fired two shots in the penalty area per match, compared with an average of 1.2 in 2016/17.

A pair of assists at home to Brighton took Mahrez’s tally to three for the season, just one shy of his total last season. The top-scoring FPL player in 2015/16 could prove an ideal differential with just 4% ownership.

The Australian provided an instant reward for the 57,000+ FPL bosses who brought him in ahead of Gameweek 2 with a 10-point haul against Newcastle. Mooy leads the way for points-per-million (ppm) value among midfielders with a score of 2.9.

The Brazilian registered more shots in the penalty area (six) than any other midfielder in Gameweek 2 in Watford's 2-0 win at AFC Bournemouth. Owned by just 1.6% of managers, he looks a major prospect ahead of Saturday’s home encounter with Brighton.

Stoke's new signing had a Premier League debut to remember, scoring the winner against Arsenal. Jese’s eye-catching display has convinced more than 180,000 managers to acquire him since the Gameweek 2 deadline.

The West Ham United striker was the only forward to hit double-digits in Gameweek 2. Hernandez's brace against Southampton has sparked a transfer frenzy. Over 265,000 managers have swooped, making "Chicharito" the hottest of FPL properties ahead of Gameweek 3.

See: No Lukaku, no problem for weekly champion