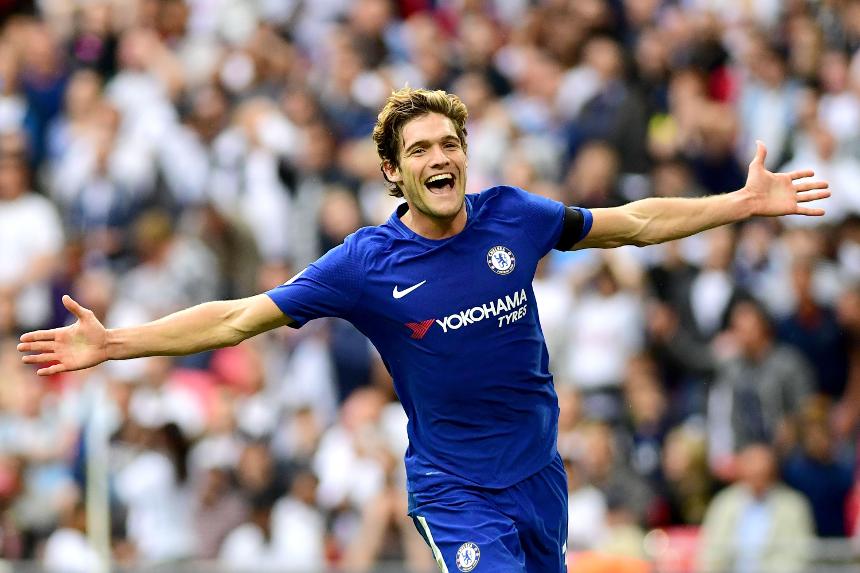 Fantasy managers are making moves for Chelsea defender after top-scoring in Gameweek 2, says The Scout

﻿Marcos Alonso (£7.0m) provided a stark reminder of his qualities on Sunday to Fantasy Premier League managers, who are now scrambling to fit him in their teams.

He fired more shots (46) than any other defender last season and already tops the ranks again (seven) this campaign.

Alonso’s price had kept his ownership to just 11% prior to Sunday. But more than 46,000 have moved for him in the last 24 hours.

Managers are being forced to make more than one transfer to acquire Alonso, or are banking funds to move for him next.

Eight of the current top nine most popular transfer swaps are “downgrades” or transfers that free up £1.5m or more.

More than 163,000 managers have made their move after his 15-point return.

The pair sit first and fourth in the ICT Index (with scores of 28.4 and 23.5 respectively) in midfield, having struggled to make an impression in their debut seasons.

Mkhitaryan has created four "big chances" this term – more than any other player. He created only six in 24 appearances in 2016/17.

Kane has fired 14 shots, with 11 arriving from inside the penalty area, and has struck the woodwork twice.

Mohamed Salah (£9.1m) earned only 29 minutes from the bench in Liverpool’s 1-0 win over Crystal Palace.

He was a victim of manager Jurgen Klopp’s rotation ahead of a UEFA Champions League second-leg play-off with Hoffenheim on Wednesday.

With Daniel Sturridge (£8.0m) fit for selection, Klopp has the option to rotate his front three.

Aaron Mooy (£5.5m) tops the points-per-million standings in midfield (2.9) after his goal and 10-point return on Sunday.

But the Huddersfield Town playmaker was not the only notable budget midfield option to shine in Gameweek 2.