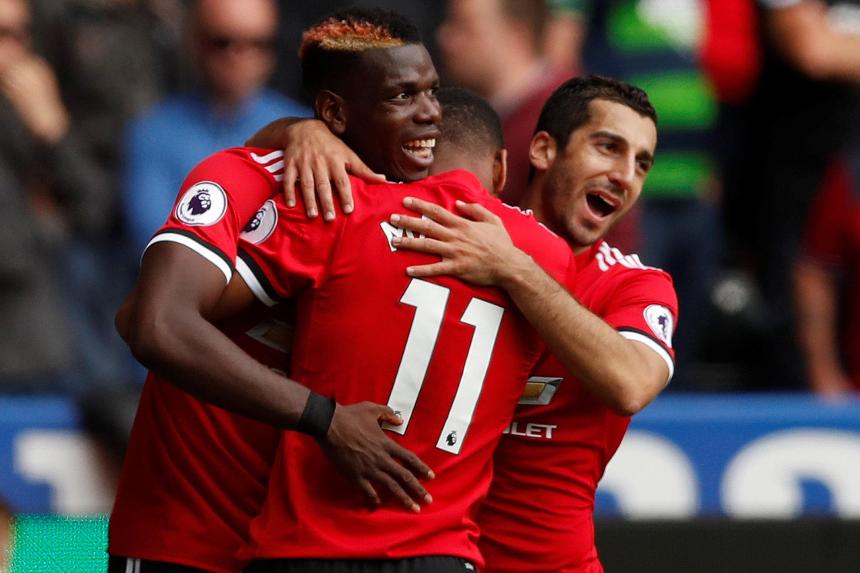 Managers piling into Man Utd's Frenchman could be hasty, says The Scout in review of weekend's points

Paul Pogba’s (£8.1m) two goals at Liberty Stadium may have overshadowed Henrikh Mkhitaryan (£8.1m), but Fantasy Premier League managers should perhaps ignore the headlines and stay focused on the Armenian.

This is because Mkhitaryan, who is owned by 14.4%, looks more likely to earn bonus points than Pogba, whose ownership has risen to 27.9% after more than 175,000 managers brought him in ahead of Gameweek 3.

Mkhitaryan’s style of play does well in the Bonus Points System (BPS) that determines the bonus points awarded.

The Manchester United playmaker recorded two more assists in the 4-0 win at Swansea City to score 42 in the BPS and take his tally to a leading 86 for the season.

Mkhitaryan has completed 90% of his passes made and is one of only four FPL midfielders to gain a maximum 12 points in the BPS for that metric.

Pogba's score of 76 in the BPS is further affected by the fouls he has made.

Mane lost nine BPS from his tally having been tackled on four occasions. He was also caught offside once, committed one foul and missed a big chance.

He has scored in successive matches but is yet to pick up a single bonus point.

Christopher Schindler (£4.5m) could become the go-to option in the Huddersfield Town defence after topping the Terriers' ranks on Sunday with 37 in the BPS.

Only Chelsea’s Marcos Alonso (£7.0m and 41) and Leicester City’s Harry Maguire (£5.0m and 39) bettered that total among defenders in Gameweek 2, and both were boosted by goals.

Schindler has produced 21 clearances, blocks and interceptions (CBIs) and has won eight of nine tackles this season; both are key metrics in the BPS.

That betters team-mate and fellow centre-back Zanka (£4.5m), who has won three of six tackles and made 13 CBI’s.

Yet Zanka is owned by 5.7% of managers, compared with Schindler, who is part of just 0.9% of squads.

Chamberlain stands out for Gunners

Alex Oxlade-Chamberlain (£6.0m) has excelled in the BPS from a wing-back role.

He sits fifth overall for midfielders, despite failing to register a goal or an assist.

He has made more CBIs than any other midfielder and ranks third for crosses (15), while topping the Arsenal ranks for shots (9).

But it could be Hector Bellerin (£6.0m), rather than Chamberlain, who drops out.