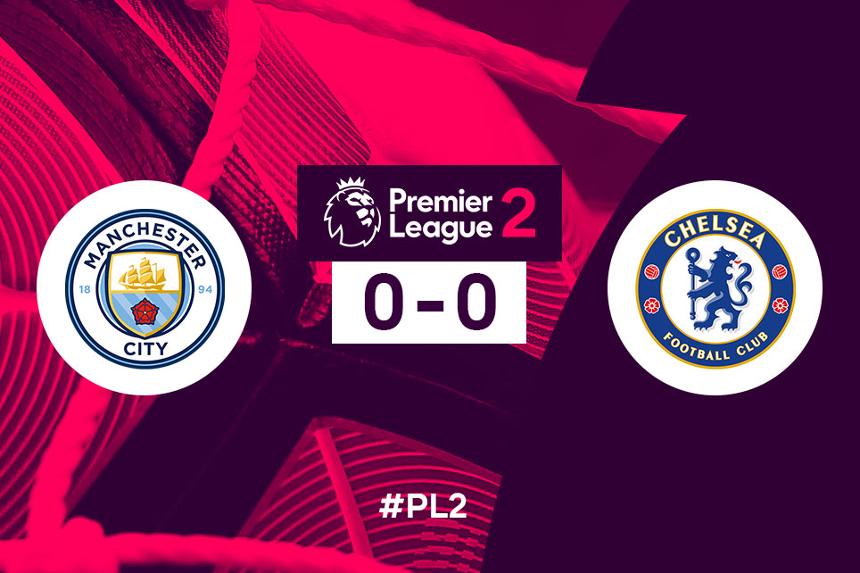 Two title favourites cancel each other out at Etihad Stadium

﻿Manchester City and Chelsea played out an entertaining 0-0 draw at the Etihad Stadium.

Two sides tipped to challenge for the Division 1 title this season failed to conjure up a goal, but not for the want of trying.

The visitors created a number of chances, only to be denied by Daniel Grimshaw in the City goal.

Benjamin Garre responded for City, last season's runners-up, but shot over and Taylor Richards could not keep his effort on target.

Callum Hudson-Odoi was lively for Chelsea, but in the end the points were shared.

City are away to Rotherham next and Chelsea travel to Plymouth, both in the Checkatrade Trophy.