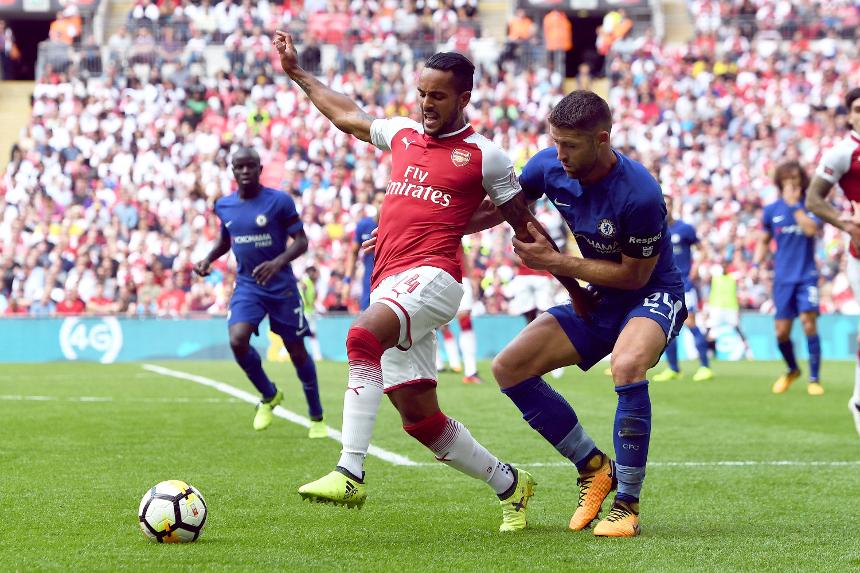 Experts from the UK and US clash in the new FPL Draft game. Who will win?

FPL Draft: What you need to know
Get FPL Draft tips from the experts
Rotoworld and The Scout on FPL Draft options External Link

There’s just hours for you to get in a Fantasy Premier League Draft league and select your 15-man squad.

Our friends at Rotoworld.com in the US along with a hand-picked team of "experts" from the UK have their league in place, with their rivalry brewing nicely before today’s kick-off.

Brought together by the common bond of Fantasy Football punditry, eight managers will clash in the new FPL Draft game.

We will bring you reports of progress, as pride and reputation is put on the line.

Here are the participants in the “Clash Across the Pond” league:

Thrust in front of the world via TV and social media as a Fantasy Football “expert”, Mark saved face with a 115th position in Fantasy Premier League but he's a self-confessed newcomer to the draft format. Even so, having turned his own obsession into a full-time job, he really should be able to make a fist of it.

Most likely to say: Why Koscielny? Why?

Joe enjoyed a fine run of six top 10,000 FPL finishes, though that came to an end last season after he tragically put faith in Crystal Palace’s Jason Puncheon. However, unlike Mark, Joe comes with some draft game experience as he seeks to overcome last season’s self-inflicted misery.

Still wondering whether he even qualifies as a Fantasy Football “expert”, Andy ranked in the top 5,000 during the 2016/17 Fantasy Premier League season. He is another of the UK quartet who heads into the season with draft experience. However, he fully expects his faith in Jose Mourinho and his beloved Manchester United to be his downfall.

Most likely to say: Is there a limit on Man Utd players?

Paul has a penchant for multiple FPL transfers, which should be kept in check in the new draft format. Don’t let his David Moyes-like accent and demeanour fool you – he won’t be signing Everton rejects.

Most likely to say: I’m not happy with my team.

The godfather of FPL punditry and tortured Arsenal supporter, Neal has been writing about various Fantasy game formats since the 2004/05 season and has been playing draft games of all types since the early 1990s.

Most likely to say: Why did you draft a reserve from [insert big team here] when you need guaranteed starters?

Jeremy - Team Name: Get on the Snake

Jeremy has been playing FPL for all this century, and writing about it for most of it, too. After starting several blogs and communities about the sport, Jeremy is semi-retired but still displays his ignorance, 140 characters at a time.

Most likely to say: Points is points

Having plied his trade as a columnist and Fantasy Football expert, Sean is a product of the FPL draft "Golden Generation". The 3-4-3 tactician has a keen eye for finding undervalued talent and enters the inaugural FPL Draft campaign much like a newly promoted club, out to make a name for himself using his heart as his compass.

Over the past two decades, Steve has gained dual citizenship as an avid draft player, while becoming equally passionate playing the traditional FPL game. With FPL Draft merging these two love affairs together, Steve is confident there is no possible result other than success...unless everything goes wrong.

Most likely to say:"I want a screenshot of when he crossed the touchline!"

Sean’s Super Subs vs. Sutherns Comfort
Get on the Snake vs. Woody Allen
10 Huddersfield Lane vs. Rotoworld_PL
Andy’s Allstars vs. Jonty’s XI

We will be reviewing progress in the league on a weekly basis, profiling each manager in turn as the season progresses.

It is not too late to set up your own FPL Draft league.

You can join a public league of up to eight managers or create or join a private league with friends.

You have until 18:45 BST today to conclude your draft and select your squads.