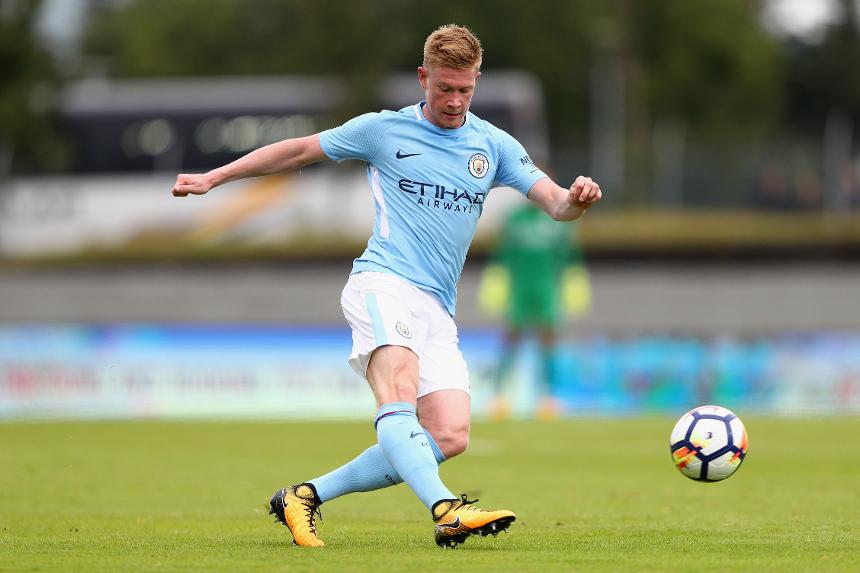 Among The Scout's five players to watch for Fantasy Premier League Gameweek 1 is a popular Manchester City player seemingly unaffected by rotation.

The Gameweek 1 visit to Brighton & Hove Albion gives Kevin De Bruyne (£10.0m) the chance to showcase his potential to outperform all other FPL players.

Both a scorer and a creator of goals, the Belgian can also diffuse concerns surrounding Manchester City’s rotation policy.

Head coach Pep Guardiola is blessed with options across the attacking positions, but De Bruyne is essential to his title ambitions.

He made more appearances (36) than any team-mate last season and looks to be the most secure route into perhaps the most potent Premier League attack.

Guardiola’s side averaged a staggering 3.29 goals per match over their final seven matches in 2016/17.

De Bruyne topped the assist chart in FPL last season with 21 and his average of a key pass every 28 minutes was the quickest among FPL midfielders who made at least 20 appearances.

That form has been carried into pre-season, with four assists.

De Bruyne was also unlucky not to score more goals last term. He netted six times but struck the woodwork more than any other player (nine).

He will be a big threat to Brighton, which is one of four matches across City's opening six Gameweeks to score two in the Fixture Difficulty Rankings (FDR).

It is a schedule that encourages investment in Guardiola’s attack.

Manchester United’s Romelu Lukaku (£11.5m) and Tottenham Hotspur’s Harry Kane (£12.5m) are the front-runners for the coveted forward slots. They are owned by 48.5% and 37% respectively.

That leaves the path clear for De Bruyne to dominate as a midfield selection.

The meeting at the Amex Stadium can highlight his ability to rival those strikers at the very top of the FPL standings.