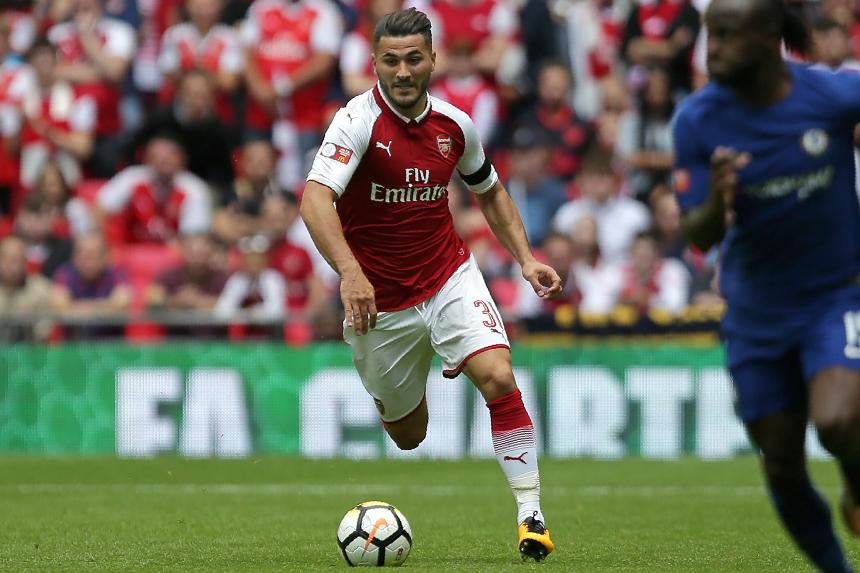 When is deadline for FPL Gameweek 1?
Schedule favours Southampton defence

'He has the force of an animal, certainly' External Link

The Scout names the first of five players to watch for Fantasy Premier League﻿ Gameweek 1.

In a season where attacking full-backs look set to prosper once again, the Arsenal man could challenge at the very top of the FPL defender standings.

Kolasinac has enjoyed a fine pre-season and turned the tide of Sunday's FA Community Shield against Chelsea.

Introduced from the bench on the left side of the Gunners' three-man defence, the 24-year-old was a major influence.

He drove forward down the left channel and it was his header from a Granit Xhaka (£5.5m) set-piece that levelled Sunday's contest.

Kolasinac arrived on a free transfer having produced three goals and five assists from 25 Bundesliga appearances for Schalke 04.

Those statistics will pique the interest of FPL managers, as should his record of 69 successful tackles for the German side in 2016/17 - topping their ranks.

Notably, the defender won all three of his tackles in Sunday's Wembley Stadium appearance.

Tackles are a key metric in the FPL Bonus Points System (BPS), suggesting that he could be a key man when bonus points are distributed.

Encouraged by Sunday's performance, Kolasinac is in line for a starting role in Gameweek 1, either at centre-back or as a left wing-back.

Leicester will provide a test in Friday's opener, but investors in Kolasinac should have high hopes for an early points return.

Combine that record with Kolasinac's potential in attack and for bonus points and the Bosnian builds a strong case for immediate inclusion in our squads.