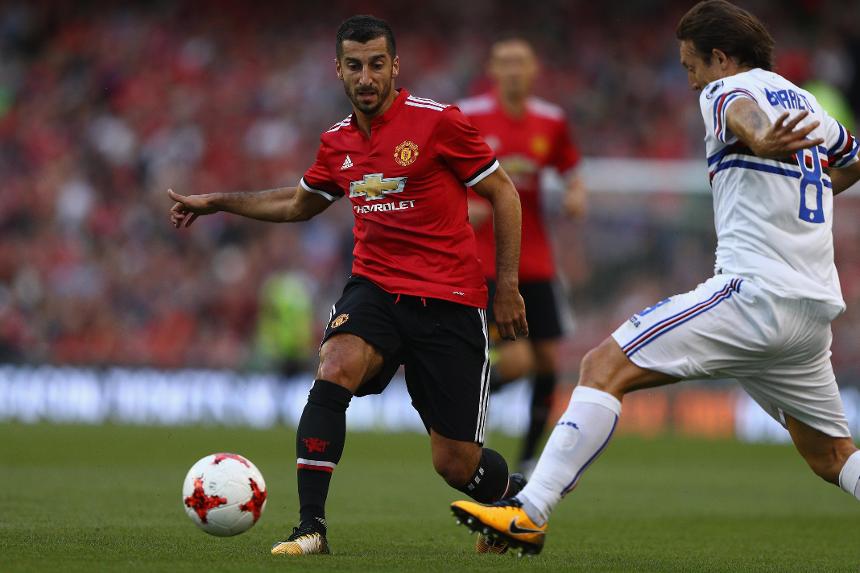 Man Utd midfielder set to face West Ham in Gameweek 1 with the freedom to attack, says The Scout

The Scout is naming five players to watch for Fantasy Premier League Gameweek 1.

The Manchester United midfielder heads into a Gameweek 1 home fixture with West Ham United in confident mood but backed by only 6.2% of managers.

However, he has the makings of a major differential pick in his second FPL season.

He has impressed over the summer fixtures, registering three goals and three assists and is also available at a mid-price valuation of £8.0m after a testing debut season return of only four goals and a single assist.

The fixture list provides promise for Man Utd and Mkhitaryan.

Jose Mourinho's side follow up their West Ham encounter with three more opponents who score two in the Fixture Difficulty Rankings (FDR).

Romelu Lukaku (£11.5m) has proved the most popular pick to exploit this favourable run. He is owned by 48.7% of managers.

But the option to double on Mourinho's attack with Mkhitaryan looks a viable strategy.

He could hold greater appeal than midfield team-mate Paul Pogba (£8.0m), who is found in 22.6% of squads.

Mourinho's tactics have given Mkhitaryan the freedom to deliver in the attacking third.

He was deployed as the main supporting midfielder for Lukaku in Tuesday's UEFA Super Cup defeat to Real Madrid.

Mourinho is poised to put faith in Mkhitaryan as his creative spark for Gameweek 1.

Should he maintain his fine pre-season form against the Hammers, the confidence of FPL managers will also be restored.

See: The Scout's third player to watch for Gameweek 1