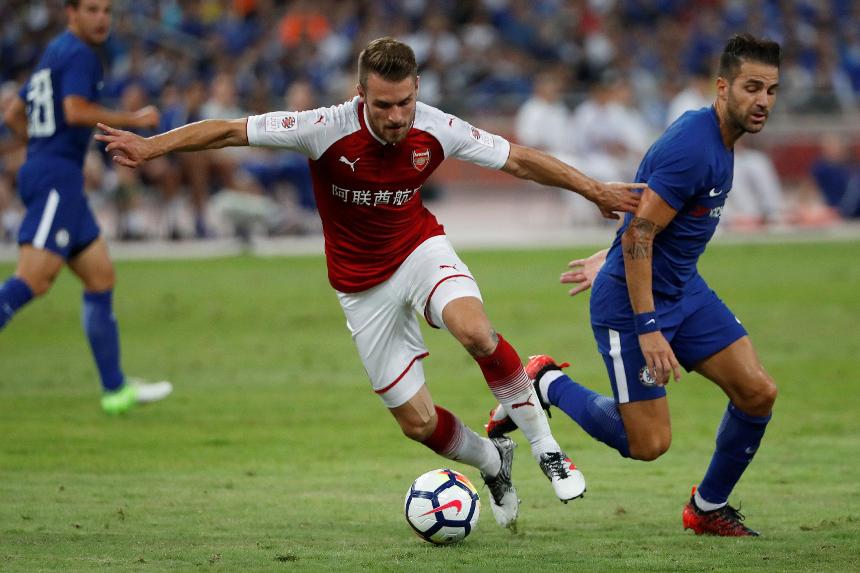 Overlooked midfielder can thrive in Arsenal's new system to reward those who show FPL faith, says The Scout

Get the edge in Fantasy with Valencia

All the goals, skills and saves from open training External Link
Flexible formation key in Fantasy

Looking to get the edge in your Fantasy Premier League mini-leagues? The Scout's series on players being overlooked by managers continues.

Across the first 32 Gameweeks of last season, Ramsey recorded one assist in 15 appearances in Arsenal’s 4-2-3-1 set-up.

From Gameweek 33, he produced a goal and three assists, supplying points in four of his eight league matches.

Over that spell Ramsey registered 14 shots on goal – a total bettered only by the 27 of Alexis Sanchez (£12.0m) for Arsenal.

Ramsey's influence grew as the season neared its conclusion.

He followed up a Gameweek 38 strike at home to Everton by scoring the FA Cup final winner against Chelsea.

With a goal and assist over pre-season, he can emerge as the value route among the Gunners' attacking options.

The new system gives Ramsey the freedom to raid forward, prompting hopes that he can regain the form that delivered 10 goals and nine assists in 2013/14.

Arsenal's opening schedule offers further encouragement for those willing to invest in Ramsey.

Six of their first eight matches score only two in the Fixture Difficulty Rankings (FDR),

Many managers will be pondering the merits of Sanchez and Alexandre Lacazette (£10.5m) for that run, but it would be dangerous to ignore Ramsey's potential.