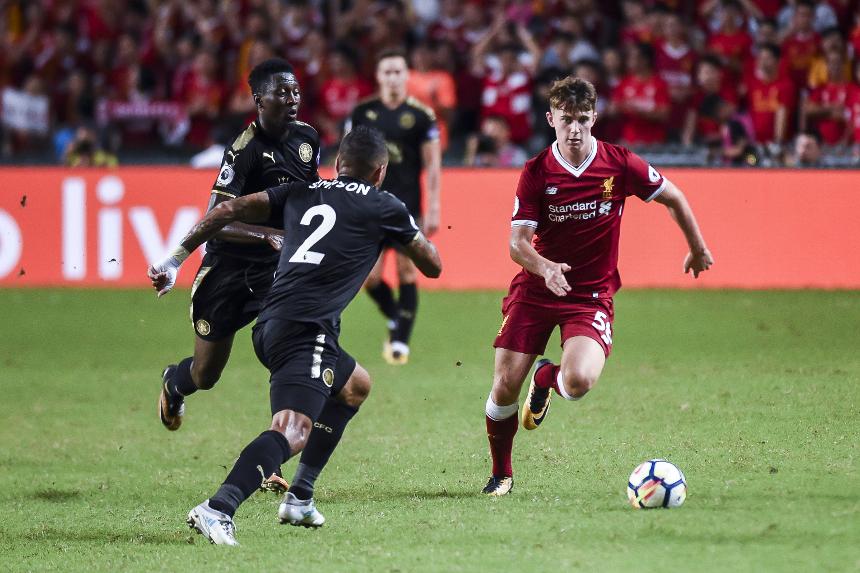 Ben Woodburn says improving his maturity and fitness levels will help him to build on a breakthrough season with Jurgen Klopp's Liverpool team.

In a breakthrough 2016/17 season, the 17-year-old made five Premier League appearances and became Liverpool's youngest ever goalscorer when he netted against Leeds United in the EFL Cup.

“A big difference between youth and senior football is that you’ve got to be mature in how you play, so that’s what I am trying to do," Woodburn, who also helped the Reds win the Premier League Asia Trophy this pre-season, told liverpoolfc.com.

“There are decisions within games you can get away with in the youth teams, but in the senior side you can’t – how quickly you pass the ball and not risking every single pass. Keeping the ball.

“I also want to improve my fitness levels because obviously here at Liverpool, pressing is one of the main parts of our game.”

Liverpool begin their 2017/18 campaign away to Watford on Saturday 12 August.

“My phone just blew up with messages, WhatsApps, tags, likes… everything!”@BenWoodburn on THAT goal against Leeds: https://t.co/mghKUwctYi pic.twitter.com/iSwx1mMeNv