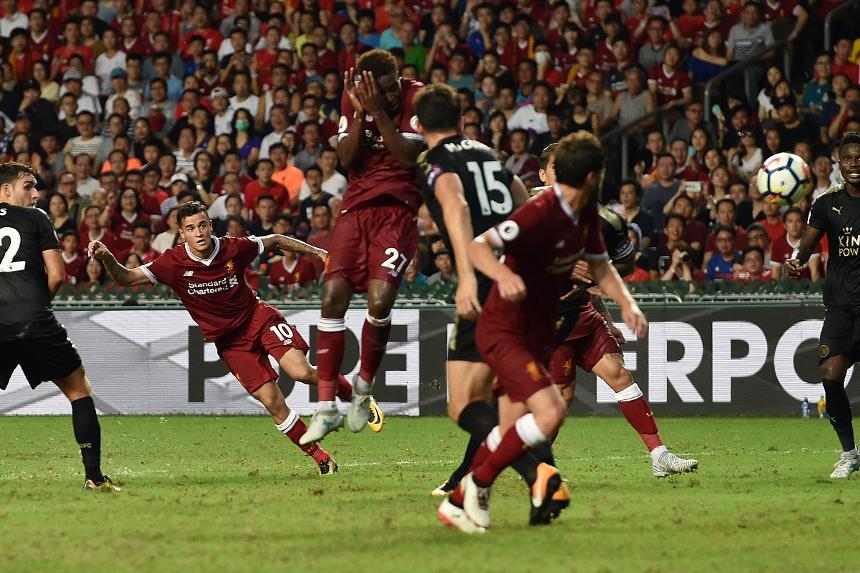 Philippe Coutinho starred as Liverpool came from behind to beat Leicester City 2-1 and win the eighth edition of the Premier League Asia Trophy.

Coutinho scored and assisted in a dazzling 55-minute display at the Hong Kong Stadium.

Leicester had taken the lead when Islam Slimani headed in at the back post from a Christian Fuchs cross on 11 minutes.

Coutinho struck the winner two minutes before half-time, the Brazilian's thunderous effort from 18 yards flying into the top corner.