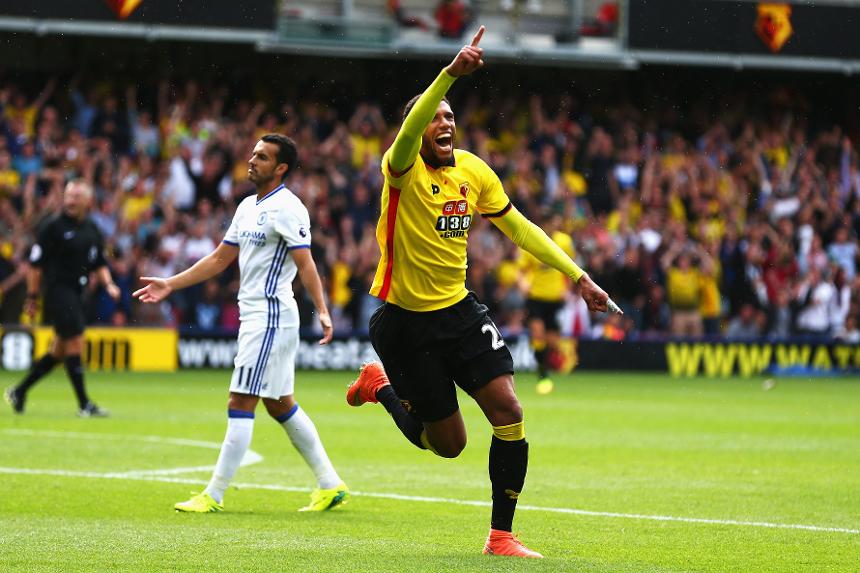 Studying form and tactics in pre-season matches can inspire a flying start in Fantasy, according to The Scout

The summer months can be vital in helping Fantasy Premier League managers set the tone for a successful campaign.

Taking time out to assess the pre-season friendlies can make all the difference when it comes to getting the jump on mini-league rivals.

It is crucial to monitor the tactics and formations used.

This was highlighted last season by Watford’s Etienne Capoue (pictured above), whose FPL potential was transformed by a change in position.

The midfielder had scored just a single goal in the previous three campaigns but in a new advanced role, he netted twice in pre-season.

That signposted early returns, with Capoue – priced at just £4.5m – supplying four goals and an assist in the opening five Gameweeks.

By Gameweek 8 he had returned 44 points with his price soaring to £5.3m.

Three at the back

A three-man defence with full-backs pushed forward as wing-backs was a common tactic used throughout 2016/17.

As a result, five of the top seven top scoring FPL defenders in 2016/17 played either as a full-back or wing-back.

FPL managers would be wise to check on the summer friendlies for those teams trialling a three-man defence. It could reveal some early bargains.

The form and position assigned to a new signing can also be crucial in guiding our early decisions.

Back in 2012/13, Swansea City signed midfielder Michu from Rayo Vallecano as a replacement for Gylfi Sigurdsson.

Michu went on to return 18 goals and three assists, peaking in price at £8.5m to offer exceptional value for money.

With FPL set to launch next week, we can soon begin to compile our initial squads over the summer.

The pre-season fixtures not only offer an early indication of form, they provide valuable insight into the tactics that could transform our thinking and shape our selections.

See: All the clubs' pre-season friendlies﻿