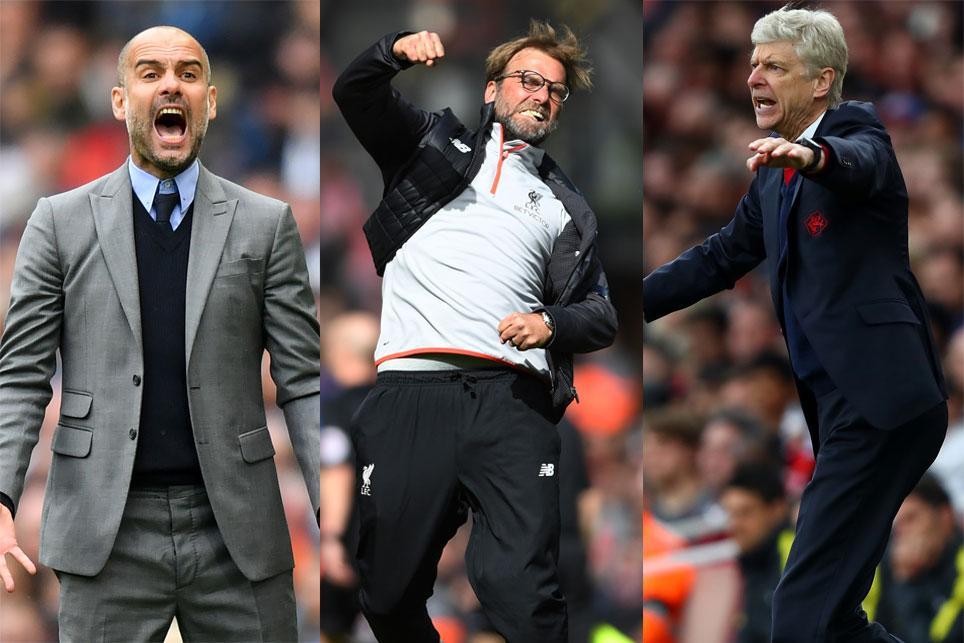 Find out the combinations of results required for two of Man City, Liverpool and Arsenal to qualify for next season's UEFA Champions League

Three will have to go into two by 5pm BST on Sunday as Manchester City, Liverpool and Arsenal vie for a position in the top four of the Premier League and entry into next season’s UEFA Champions League.
Here are the permutations as to how the clubs can finish:

A win for Man City at Watford would guarantee them third place and entry into the group stages of the 2017/18 UEFA Champions League.

High drama on the last day...

A draw at Vicarage Road and Liverpool would need to beat Middlesbrough at home by three goals and score four more goals than City to finish third. Defeat for City and a win for Liverpool would also mean they swap places.

"We have to win." 🔴 pic.twitter.com/b2YujgZPZD

Victory for Liverpool by any margin would keep them at least in fourth above Arsenal and guarantee a place in the UEFA Champions League play-off round. Equalling Arsenal’s result against Everton would also achieve this.

Only a win for Arsenal at Emirates Stadium can maintain their hopes of a 21st successive top-four finish. They must hope City and Liverpool drop points.

"If you look at his record and his age, it’s quite impressive"https://t.co/H2ovtAKGWv

If results mean that any of City, Liverpool and Arsenal finish level on points, goal difference and points scored, Rule C.17 states that a one-off play-off match at a neutral venue would be held to determine the final positions.

"If at the end of the Season either the League Champions or the Clubs to be relegated or the question of qualification for other competitions cannot be determined because two or more Clubs are equal on points, goal difference and goals scored, the Clubs concerned shall play off one or more deciding League Matches on neutral grounds, the format, timing and venue of which shall be determined by the [PL] Board"