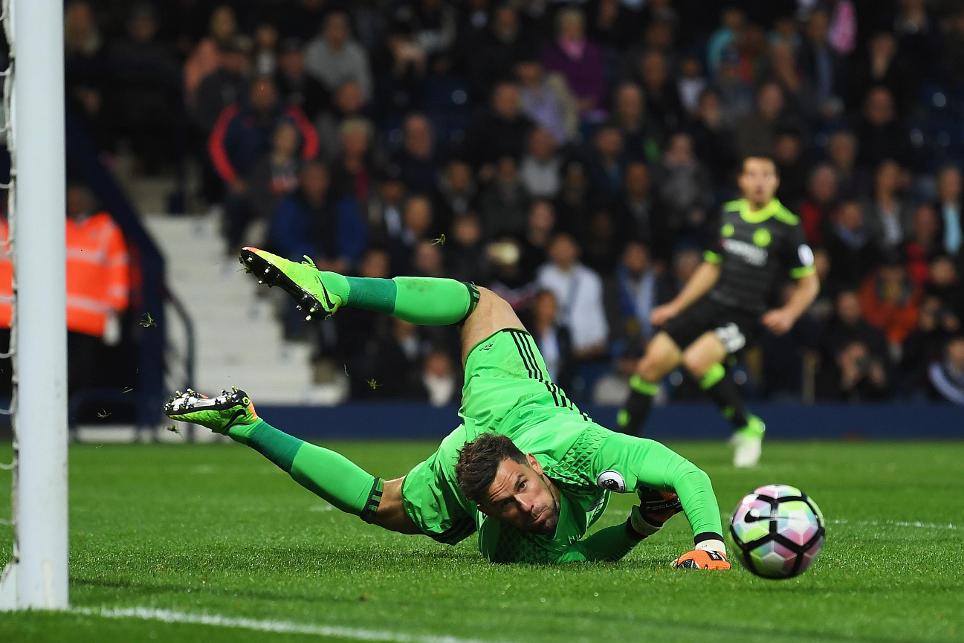 Six players go into the final round of Premier League matches this Sunday looking to have played every minute of the 2016/17 season.

Cesar Azpilicueta has been on the pitch throughout Chelsea's title-winning campaign, and his fellow defenders Ben Gibson and Steve Cook have also been constants for Middlesbrough and AFC Bournemouth respectively.

They join goalkeepers Lukasz Fabianski, Fraser Forster and Ben Foster, who have not missed a minute for Swansea City, Southampton and West Bromwich Albion.

Foster is among three players from West Brom to have featured in every match this season, alongside Darren Fletcher and Salomon Rondon.

In all, 13 players have featured in every match this season and can complete the set on Sunday.

This total is down two on last season, when three ever-presents came from Leicester City, who have none this campaign.

The highest number of players to have featured in every match is 20, set in 1992/93, the inaugural campaign.