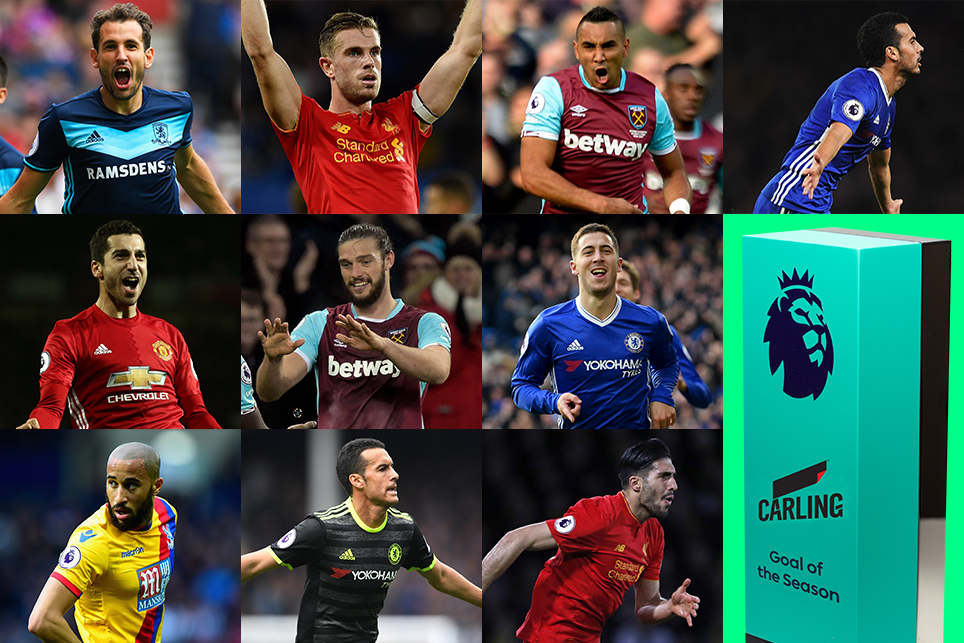 From the sublime to the ridiculous, the 2016/17 Premier League has been full of fantastic goals.

But only one can win the Carling Goal of the Season.

Scorpions, bicycles and long range rockets 🦂🚲🚀 Click the link to vote for the Carling Goal of the Season: https://t.co/1IYQD4Zr5I #PLAwards pic.twitter.com/0sFn947keT

You can decide which goal of the season’s monthly winners, as well as that Emre Can overhead kick in May, is worthy of the award by voting in the Carling Tap or the Carling website.

Your vote will be combined with those of a panel of football experts to decide the winner.

Will it be Henrikh Mkhitaryan's scorpion kick, or Andy Carroll and Emre Can's outrageous acrobatic strikes?

Or are the long-range strikes by Cristhian Stuani, Jordan Henderson and Pedro worthy of your vote?

2016/17 Carling Goal of the Season shortlist

May Emre Can (Watford v LIVERPOOL)