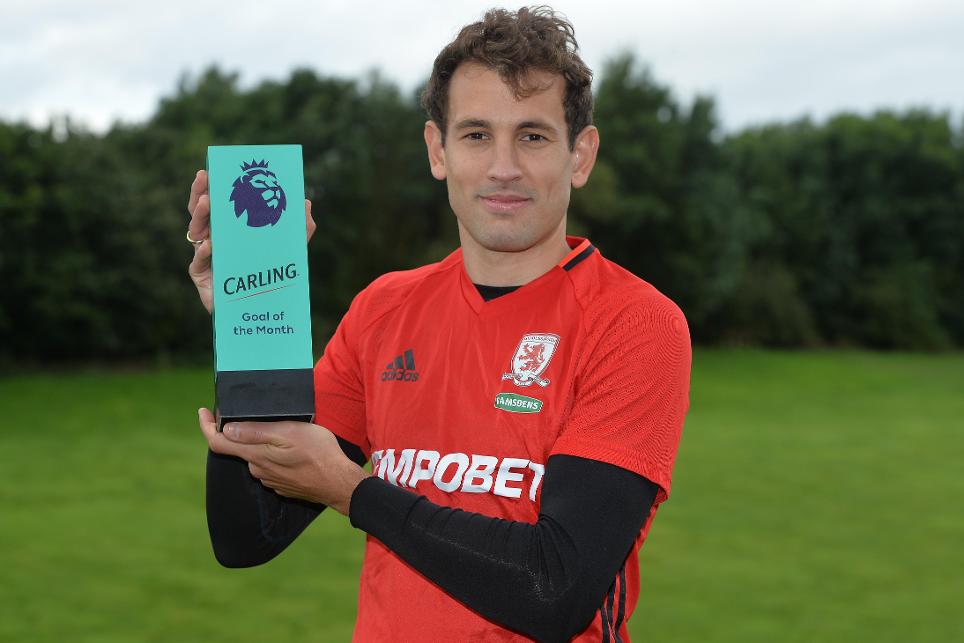 Aitor Karanka: We Can't Get Carried Away With Good Form External Link

Calum Chambers On Why He Joined Boro External Link

Cristhian Stuani has claimed the first Carling Goal of the Month award.

The Middlesbrough forward's sensational long-range strike that opened the scoring in Middlesbrough's 2-1 win at Sunderland beat a shortlist of eight goals after the votes of a panel of experts and the public, who voted via the Carling Tap and website, were combined.

Stuani was handed his award by team-mate Stewart Downing, who recalled a feeling of surprise when the goal flew in.

"My initial reaction was, 'Don't shoot from there'!" Downing said. "We were counter-attacking and we were overloading them. But it was an unbelievable strike.

"It's his best for us. As soon as it left his foot, everyone knew where it was going."