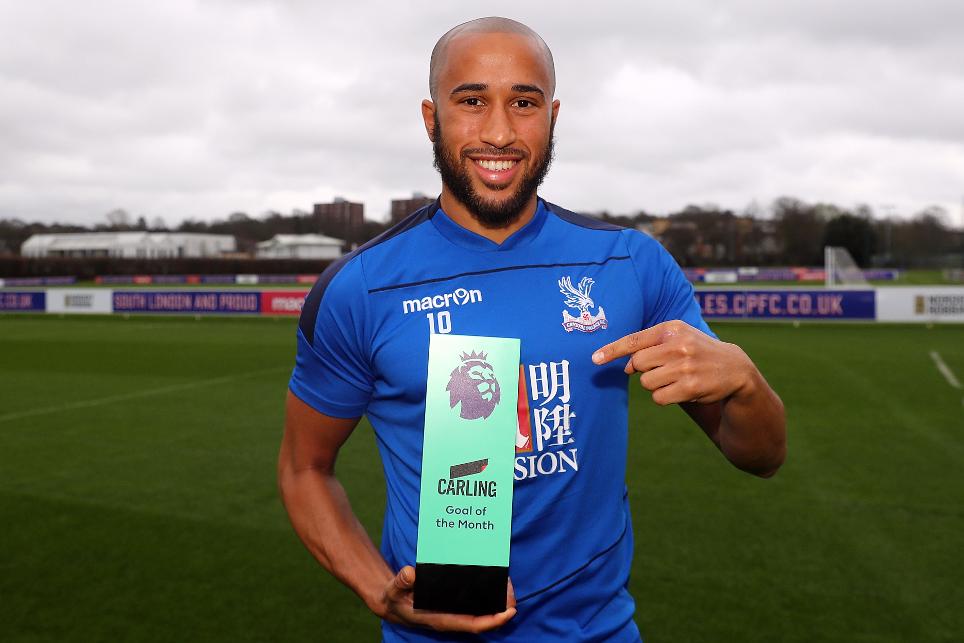 After dispossessing Jonathan Leko on the edge of his own box, Townsend ran the length of the field and beat Gareth McAuley with a piece of skill before slamming home to complete a 2-0 win.

⚽ @andros_townsend has won the @premierleague​'s Goal of the Month award for March!

Describing the goal, Townsend said: "It was after I shrugged off Leko and Christian [Benteke] ran away so he left me the space. Even though I had nothing left I thought 'I'm going to have to go for this'. It ended up a 2 v 2 attack and thankfully I scored the goal."

Townsend’s goal was chosen from a shortlist of eight contenders from the combined votes of a panel of experts and the public, who picked their favourite via the Carling Tap and website.