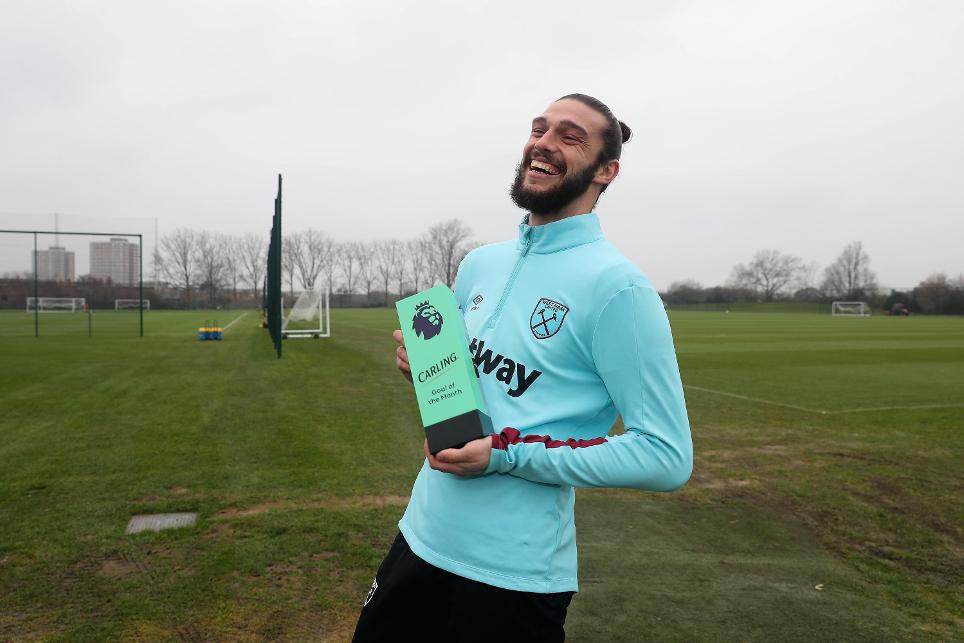 Bilic - The players will work hard in Dubai External Link

Andy Carroll beat some spectacular competition to win January’s Carling Goal of the Month with his overhead kick for West Ham United.

Thirteen days after Arsenal's Olivier Giroud capped a wonderful move with a scorpion kick against the same goalkeeper, Crystal Palace’s Wayne Hennessey was helpless as Carroll blasted an equally acrobatic effort into the roof of the net at the London Stadium.

Carroll’s effort, the second goal in a 3-0 home win on 14 January, was chosen from a shortlist of eight contenders for the prize from the combined votes of a panel of experts and the public, who picked their favourite via the Carling Tap and website.

"I’m delighted to have won the Goal of the Month competition, especially given how good some of the other goals were," Caroll told whufc.com. "As soon as I hit it I knew it was in, I got a good connection and knew it would hit the back of the net. It’s definitely the best goal I’ve ever scored, one I’m very proud of."

The Hammers striker is the sixth winner of the Carling Goal of the Month award and the second West Ham player to do so this season after Dimitri Payet.

Congrats to @AndyTCarroll on winning the @carling @premierleague goal of the month!!! 👏👏 #BigLadsCanFly

He will be hoping to add to the six goals he has scored this season when West Ham host West Bromwich Albion at 3pm GMT on Saturday.

See: Past winners of Carling Goal of the Month