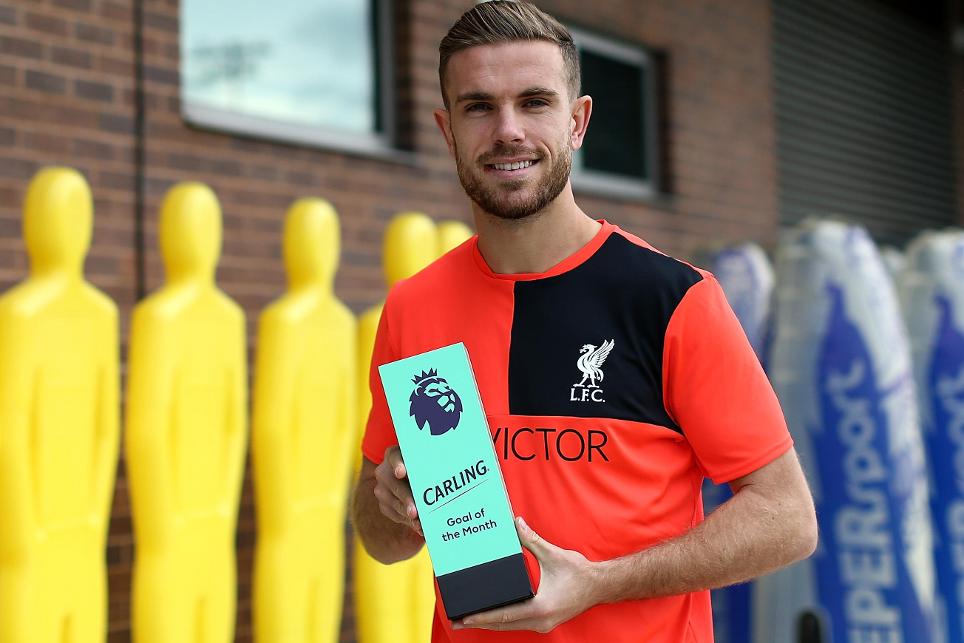 Jordan Henderson's spectacular strike at Stamford Bridge has been recognised as the Carling Goal of the Month for September.

The Liverpool captain's long-range effort in the Reds' 2-1 victory over Chelsea last month topped a shortlist of eight goals after the votes of a panel of experts and the public, who picked their favourite via the Carling Tap and website, were combined.

"It's definitely one of the best goals I've scored, if not the best," Henderson said. "As soon as it left my boot really I thought I had a chance."

Henderson is the second winner of the Carling Goal of the Month, after Middlesbrough's Cristhian Stuani picked up the August prize for his long-distance effort against Sunderland.