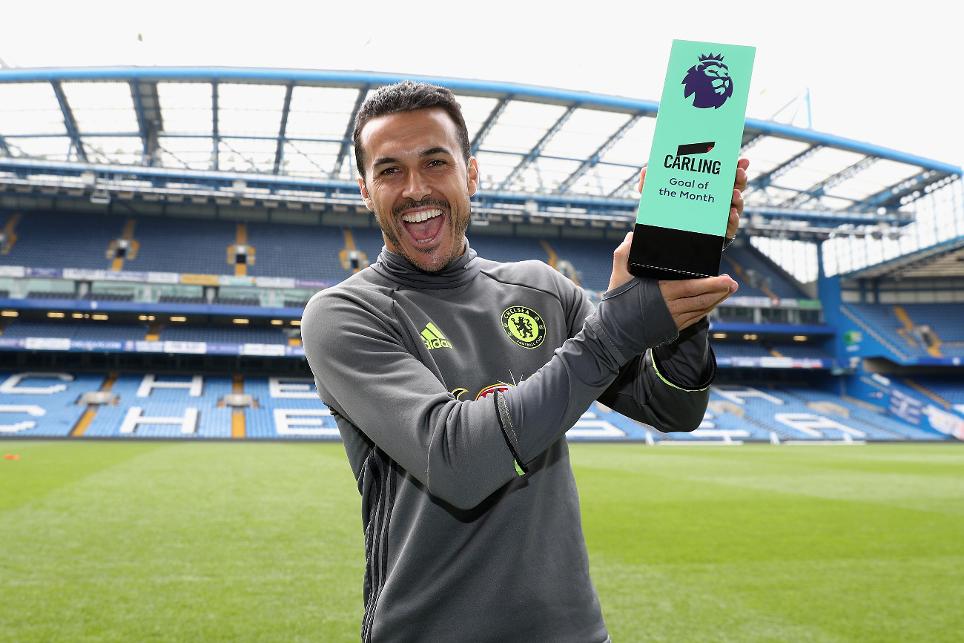 ﻿Pedro’s thumping strike against Everton has been voted the Carling Goal of the Month for April.

The winger’s effort from outside the box at Goodison Park could yet prove pivotal in Chelsea’s bid for a fifth Premier League title, which they will claim this evening if they win at West Bromwich Albion.

With the match heading for a draw, Pedro smashed past Maarten Stekelenburg to break the deadlock in the 66th minute, setting Antonio Conte’s side on their way to a 3-0 win that established a seven-point lead over second-placed Tottenham Hotspur.

Congratulations to @ChelseaFC's @_Pedro17_ on winning his second Carling Goal of the Month Award for that long range rocket! 🚀🏆 #PLAwards pic.twitter.com/gw8Wzy6LuQ

"It's amazing to win this award, but it's for the team, for everybody," says the 29-year-old, who claims the prize for the second time this season having also won in November for his strike against Tottenham Hotspur.

Pedro’s goal was chosen from a shortlist of eight contenders from the combined votes of a panel of experts and the public, who picked their favourite via the Carling Tap and website.

See: Past Carling Goals of the Month