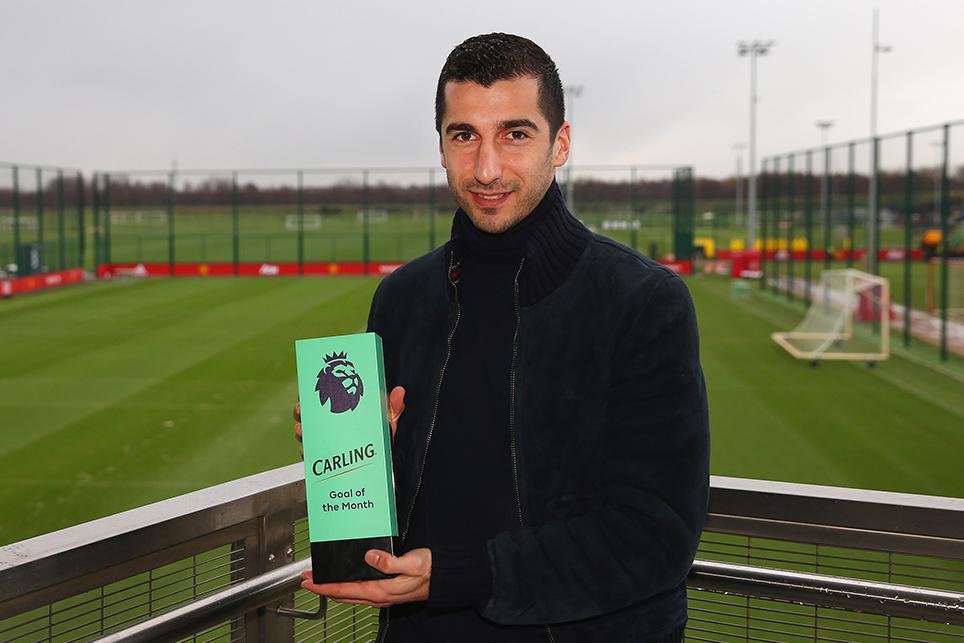 Mkhitaryan: It's my best goal ever External Link
Leko lands PL2 Player of the Month award

Henrikh Mkhitaryan has claimed the Carling Goal of the Month for December.

The Manchester United midfielder's acrobatic scorpion kick helped his side earn a 3-1 victory over Sunderland on Boxing Day.

It was chosen as the best from a shortlist of eight goals from the combined votes of a panel of experts and the public, who picked their favourite via the Carling Tap and website.

More Goal of the Month joy for @HenrikhMkh - his stunning effort v Sunderland has been named the best in the @PremierLeague during December! pic.twitter.com/Ytuo2md44y

Mkhitaryan is the fifth winner of the Carling Goal of the Month award and will be hoping for more goals when Manchester United host Liverpool at Old Trafford on Sunday at 4pm GMT.