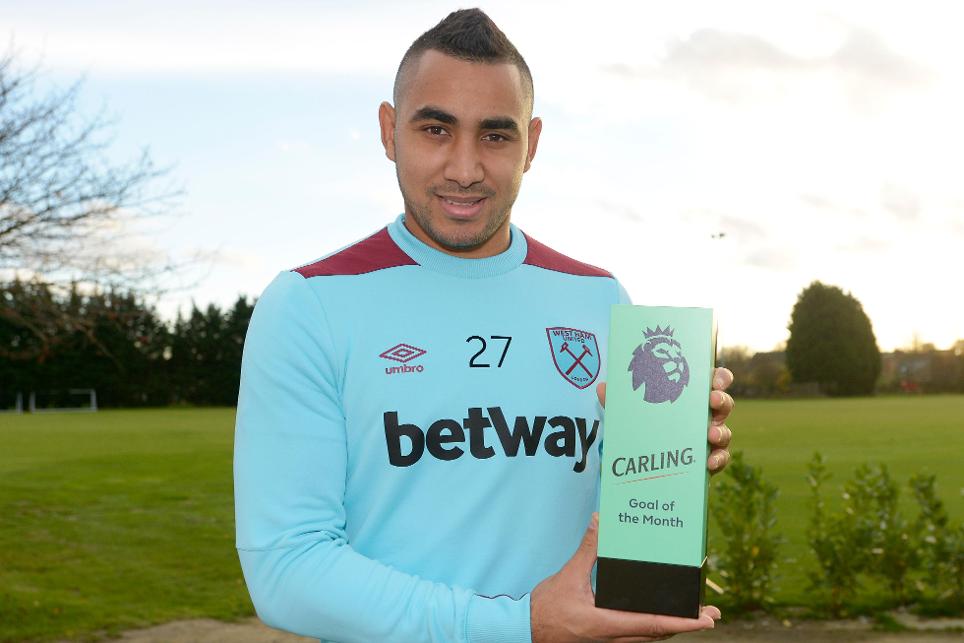 Dimitri Payet’s wonderful individual effort against Middlesbrough has been awarded the Carling Goal of the Month for October.

The West Ham United playmaker's mazy run and finish in the 1-1 draw at the London Stadium topped a shortlist of eight goals from the combined votes of a panel of experts and the public, who picked their favourite via the Carling Tap and website.

What a day @WestHamUtd fans Charlie, Lee and Jason had at the training ground for the Carling Goal of the Month presentation #FanGoals ⚽️🙌 pic.twitter.com/ZenzbfgfUA

Payet is the third winner of the Carling Goal of the Month.

Boro's Cristhian Stuani picked up the August prize for his long-distance effort against Sunderland while Jordan Henderson was September's winner for his spectacular strike for Liverpool against Chelsea.