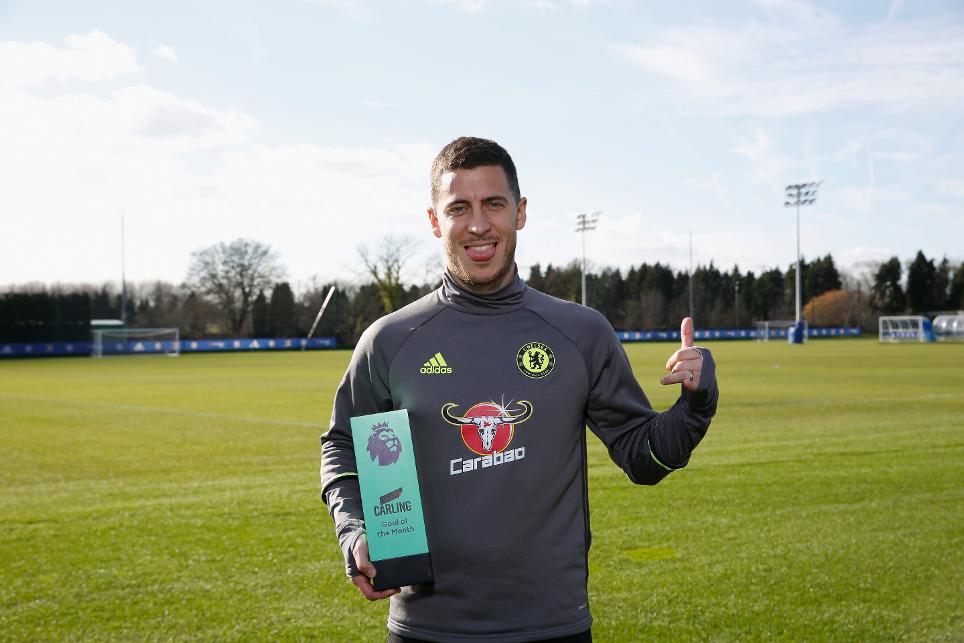 Eden Hazard's stunning solo effort against Arsenal has been selected as February's Carling Goal of the Month.

Picking the ball up inside his own half at Stamford Bridge, the Belgian danced past three players before finishing past Petr Cech to put Chelsea on their way to a 3-1 victory.

The Belgian's effort, one of 83 Premier League goals in February, was chosen from a shortlist of eight contenders from the combined votes of a panel of experts and the public, who picked their favourite via the Carling Tap and website.

Here's what @hazardeden10 had to say about that award-winning goal... 👌 pic.twitter.com/86aeqJnSjr

"It is one of the best Premier League goals I have scored for sure," he said. "I was not thinking about scoring but step by step I came close to the goal and in the last 10 metres I was alone.

"When the ball went in I felt that I created something special so I was happy."

Hazard is the second Chelsea player to win the award this season, after Pedro's goal against Tottenham Hotspur earned the November prize.