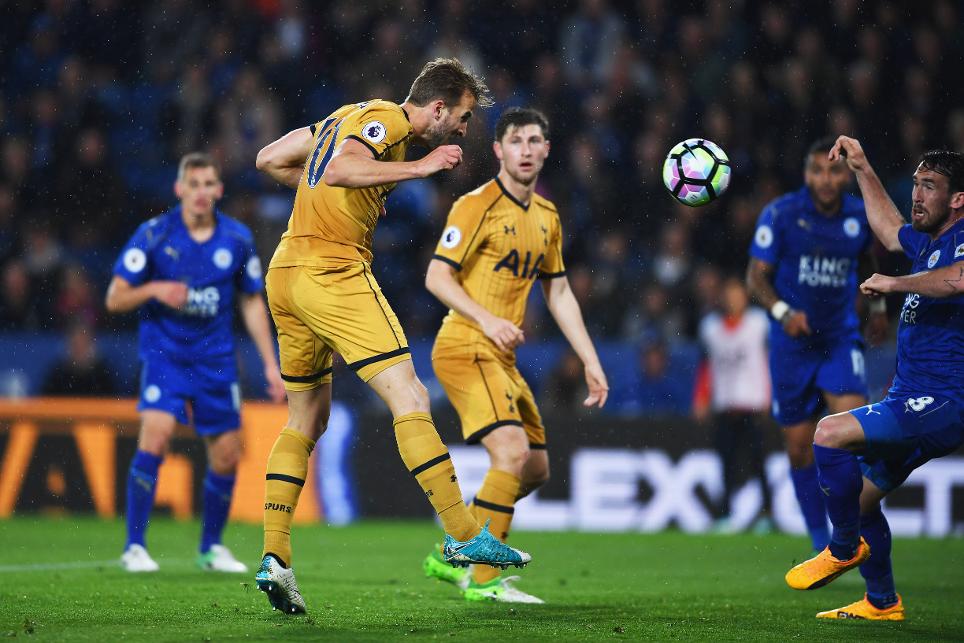 Harry: "It was the perfect night" External Link
Bargain Vokes can give goals on a budget

Son Heung-min’s (£7.2m) contribution was largely overshadowed, although with 47 in the BPS, his brace of goals did earn the South Korean two bonus points.

He supplied three open-play crosses and four key passes, one of which set up Kane for his fourth goal.

Kane dominated in the ICT Index scoring his season-high tally of 31.1.

His Threat score of 124 was made up of 10 shots on goal, four of which arrived from within the Leicester City penalty area.

Since his first start on returning from injury in Gameweek 33, Kane has fired a total of 34 shots on goal, with 19 finding the target – 14 and 10 more than any other FPL forward respectively.

Taking set-pieces in the absence of Christian Eriksen (£8.9m), the Welshman put in eight crosses in total, five of which found a team-mate.

Enjoy all of the goals & the best of the action as we hit Leicester for six at the King Power!

Kane’s four goals provided a late and major upheaval in the FPL ranks, with his 24 points the biggest score achieved by a player in a single match this season.

That took him to 31 points over his two Gameweek 37 fixtures.

The striker has now averaged 7.1 points per game (ppm) this season, surpassing Arsenal’s Alexis Sanchez (£11.6m and 6.5 ppm) for that statistic.

Kane is also only six points shy of Everton striker Romelu Lukaku’s (£10.1m) 213-point total at the top of the FPL forward standings, despite making seven fewer appearances than the Belgian.

Significantly, the Spurs striker has also moved two goals ahead of Lukaku, and three ahead of Sanchez, in the race for the Golden Boot.

He has been belatedly signed by 24,000+ managers in the last 24 hours ahead of a final-day visit to Hull City second only to Liverpool’s Philippe Coutinho (£8.6m and 40,000+) for transfers overnight.

"I’m in the driving seat now. But I’m not resting on my laurels, I want to go out, get 4️⃣ more hopefully & get that Golden Boot" - @HKane pic.twitter.com/XBNXvrIg9t

Elsewhere for Spurs, Dele Alli (£9.1m) was restricted to a single assist.

He has supplied a goal and two assists over his last six Gameweek starts – a spell in which Spurs have scored 15 goals.

Alli lost 42,000+ owners heading into Gameweek 37 and will likely suffer a decline again for the final day, with more than 26,000 moving him out ahead of Sunday’s 2pm BST deadline.

Manager Mauricio Pochettino took the decision to rest Eriksen to the bench, frustrating the Dane’s 837,000+ (18.5%) owners. It remains to be seen if he is recalled for the visit to KCOM Stadium.

Eriksen had returned points in six of his last seven Gameweeks prior to Thursday’s omission.