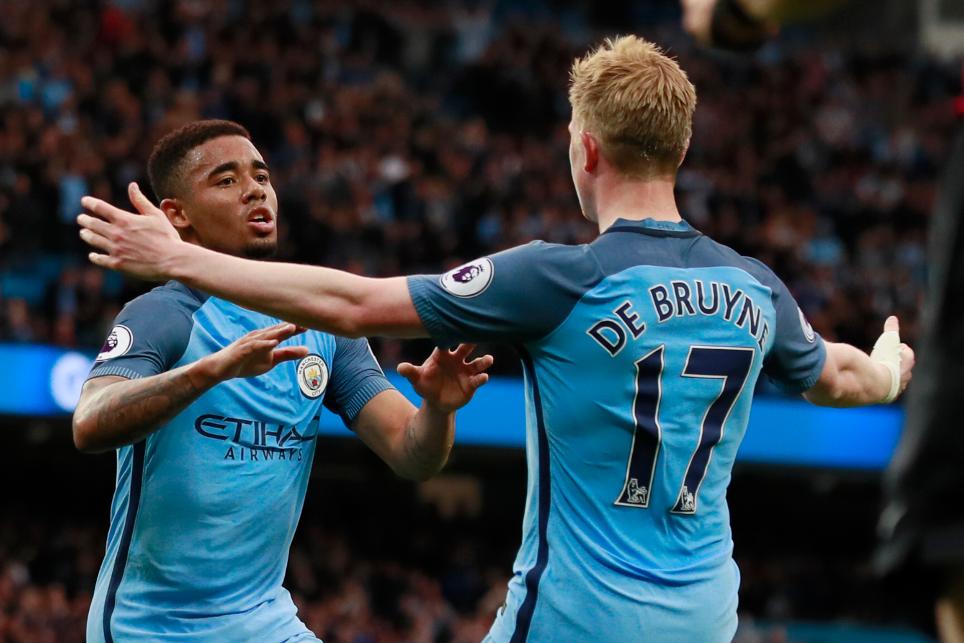 Guardiola: It was the perfect night for Pablo External Link

The midfielder also benefitted from making five recoveries and completing 85% of his 61 attempted passes, recording a Bonus Points System (BPS) score of 51.

The Brazilian also completed four dribbles and provided two key passes to total 44 in the BPS.

Sergio Aguero (£12.7m), who supplied the assist for Manchester City’s third goal, claimed the final bonus point with a BPS tally of 32.

The striker completed 87% of his 38 attempted passes, creating two "big chances" while tracking back to make four recoveries.

Jesus led the way in the ICT Index with an impressive score of 19.8.

The forward recorded 102 for Threat – his best total over his nine appearances – as he hit the target with four of his five shots, all fired from within the West Bromwich Albion penalty area.

Top-scoring for Creativity with a total of 67, De Bruyne ranked second in the Index with a score of 14.6.

De Bruyne was the top transfer target among FPL midfielders heading into Gameweek 37, with more than 128,000 managers drafting him into their squads.

Justifying that investment with Wednesday's 13-point return, he has produced three double-digit scores over his last six Gameweek starts.

He has moved on to 19 assists for the season, more than any other FPL asset.

Pep Guardiola’s side end their campaign with a trip to Watford, with a win guaranteeing a third-place finish.

The Hornets have conceded more goals (15) than any other team over the last six Gameweeks, offering De Bruyne the ideal platform to continue his ascent.

The most popular transfer target across successive Gameweeks, the Brazilian delivered 19 points over his last two matches, despite being deployed on the right flank in Wednesday's victory.

Jesus is a strong contender for the Gameweek 38 captaincy.

He has delivered six goals and three assists in  seven starts and will be up against a Watford rearguard hit hard by injury and suspension.