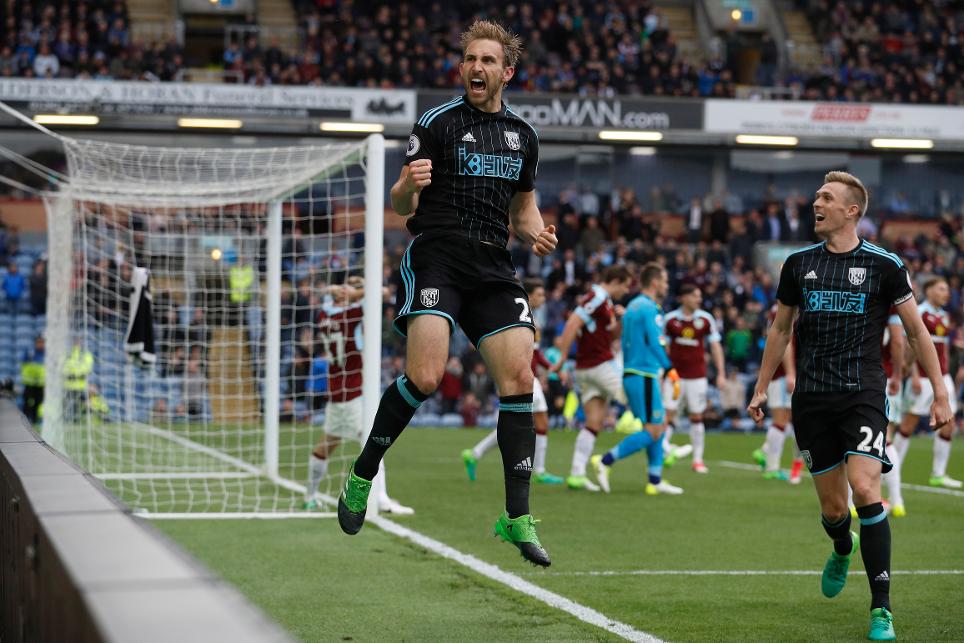 Tallying 49 in the Bonus Points System (BPS), the striker fired a brace and also produced a key pass for Burnley.

Chris Brunt (£4.8m) picked up the remaining bonus point via a BPS score of 28.

Playing on the right wing, the FPL defender created three scoring chances and earned the assist for the visitors’ second goal. He also contributed eight recoveries.

But Rondon boasted the highest Threat tally (71) in Saturday’s match.

The Baggies striker fired four efforts on goal, equalling Vokes for shots inside the penalty area, with three apiece.

The right-back has fired nine shots on goal since Gameweek 25, while fellow defender Gareth McAuley (£5.1m) – scorer of six goals this season – has mustered only four efforts over the same period.

But with a single clean sheet accrued during that run, Tony Pulis’ side have failed to convince in defence or attack.

Indeed, with the Baggies set for a testing Double Gameweek 37 involving a home encounter against Chelsea and a trip to Manchester City, Dawson remains largely ignored by FPL managers.

He has claimed just over 1,000 new owners since Saturday’s seven-point score.

As one of 10 teams to play once in Gameweek 37, Burnley are also being overlooked for the run-in.

Despite boasting an 11-point advantage at the top of the FPL goalkeeper standings, Tom Heaton (£5.2m) is the second-most sold goalkeeper, with more than 8,000 managers parting company.