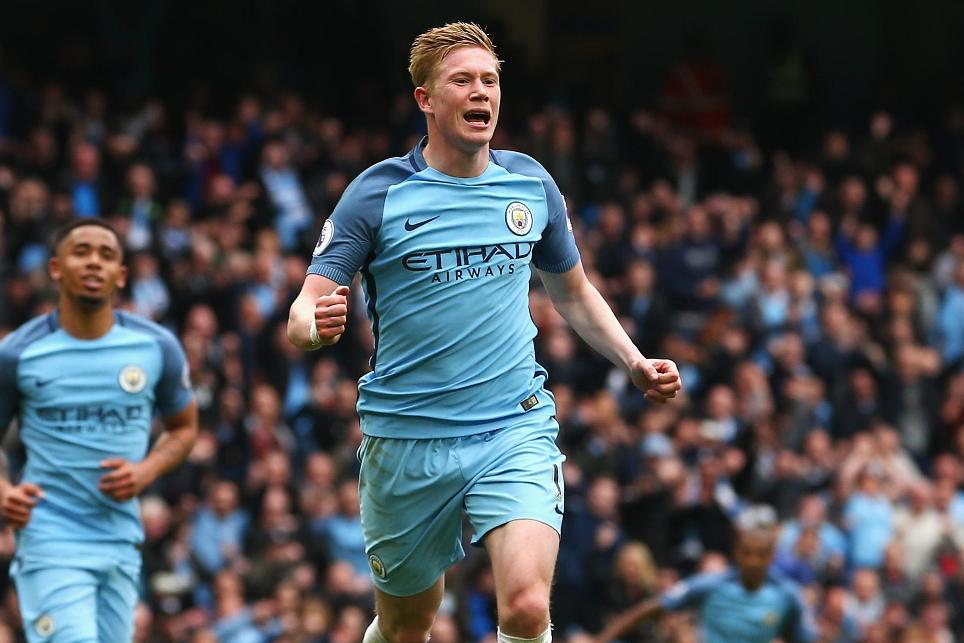 Caballero: We can build on Palace win External Link

A masterful display from Kevin De Bruyne (£10.4m), which included a goal and two assists, helped Manchester City to a 5-0 win over Crystal Palace, with the Belgian claiming the maximum Fantasy Premier League bonus points.

De Bruyne also contributed with 11 recoveries, and completed 89% of his 72 attempted passes, creating seven chances for his team-mates, to total 60 in the Bonus Points System (BPS).

That is the leading tally for Gameweek 36 so far and De Bruyne's best BPS total of the season.

The Argentinian also contributed 14 clearances, blocks and interceptions (CBI), with the centre-back tallying 44 in the BPS.

David Silva (£8.6m), who opened the scoring at the Etihad Stadium, claimed the final bonus point on offer.

The midfielder also completed 80% of his 62 passes and two successful dribbles to end with a BPS score of 33.

De Bruyne’s performance was also reflected in the ICT Index, where he scored 21.7 – more than any other player in Gameweek 36 so far.

With seven chances created, he totalled 100 for Creativity – his best score of the season. He also had four shots, with two arriving from inside the Crystal Palace penalty area.

The Germany international recorded five shots, four from inside the penalty area, to score 10.4 in the Index overall.

De Bruyne has emerged as a differential target following a 17-point haul, which included his first goal since Gameweek 23.

More than 19,000 FPL managers have transferred in the midfielder since Saturday's return, although he is still only found in 7.4% of squads.

De Bruyne has now supplied more FPL assists (18) than any other player, and is ranked fifth overall among midfielders with 175 points.

.@DeBruyneKev ➡️ "We are better as a team than last season!"

Vincent Kompany (£5.9m) is another player attracting renewed interest. Claiming a starting role in each of the last four Gameweeks, the centre-back scored his second goal over that spell in Saturday's win.

More than 16,000 have moved to claim the Man City defender, making him the most popular defensive target ahead of Gameweek 37.

Gabriel Jesus (£8.8m) was the most popular FPL signing heading into Gameweek 36, claiming over 228,000 new owners.

The Brazilian delivered a single assist but continues to turn heads; a further 38,000 managers have already snapped him up, installing Jesus as the top transfer target once more.

Pep Guardiola’s side are handed two promising home matches over Gameweek 37 against Leicester City and West Bromwich Albion, before ending their season with a visit to Watford.