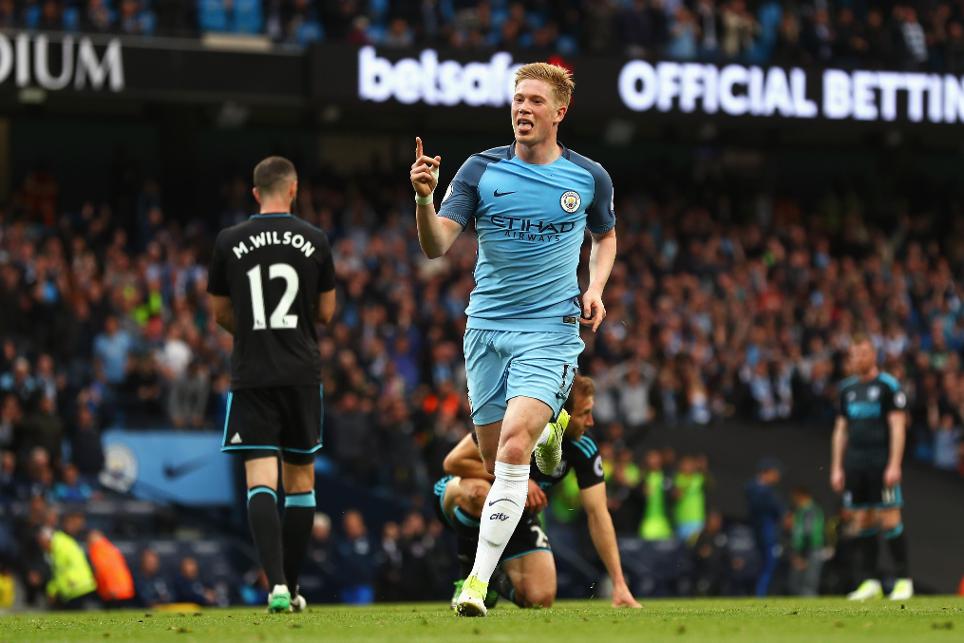 Goals by Gabriel Jesus, Kevin De Bruyne and Yaya Toure ensured Pep Guardiola's side sit in third place, two points ahead of Liverpool, and three of fifth-placed Arsenal, with one match remaining.

City started strongly with Ben Foster saving Aleksandar Kolarov’s 14th-minute free-kick and Leroy Sane driving wide, but were ahead on 27 minutes when De Bruyne set up a tap-in for Jesus.

On 57 minutes Yaya Toure exchanged passes with Sergio Aguero and finished with assurance.

Hal Robson-Kanu grabbed an 87th-minute consolation, but Tony Pulis's side drop to ninth, while a win for City against Watford on Sunday will ensure they finish the season in third.