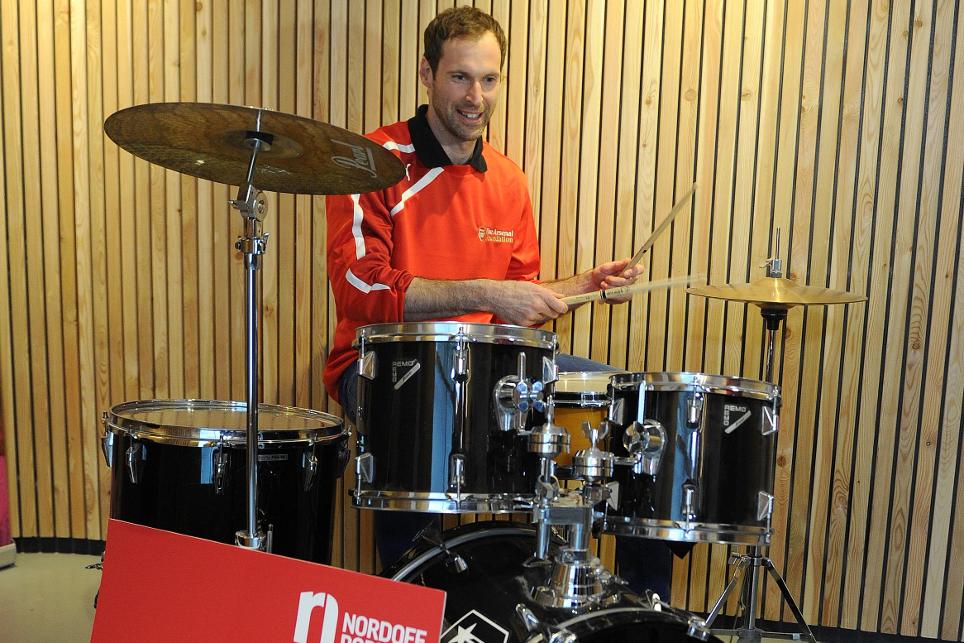 Arsenal goalkeeper Petr Cech put his drumming skills to good use as he visited the music therapy charity, Nordoff Robbins, and took a look at their newly refurbished centre.

The Arsenal Foundation have its own music therapy room at the facility in London, which is the only purpose-built one in the country.

The centre will officially open later this month, welcoming hundreds of young people who face a variety of challenges.

Children on the autistic spectrum often say their first words in music therapy sessions, while those suffering from neurological disorders develop their motor skills by playing an instrument.

Guess which @Arsenal player has joined us to open the new @NordoffRobbins1 facility 👀👏🥁 pic.twitter.com/n6vVNXCY2h

Last year, Nordoff Robbins supported nearly 7,000 people in their own centres as well as in schools, care homes, hospitals and hospices across the country.

Music also gives young people with learning difficulties an opportunity to express themselves and interact with others.

Cech is a renowned drummer, posting videos of himself playing, and he got the chance to test the acoustics.

“I’m so impressed with the facility, but what’s so special is the work that’s done here with people facing unimaginable challenges in their lives,” he said.

“The music therapy sessions seem to offer a connection with the outside world for vulnerable people who can struggle with daily life. It offers a window of enjoyment."

“For our beneficiaries, our supporters and our team, Arsenal’s backing, enthusiasm and contributions are invaluable,” Carter said.

VIDEO: 'Music therapy is a huge part of their life'