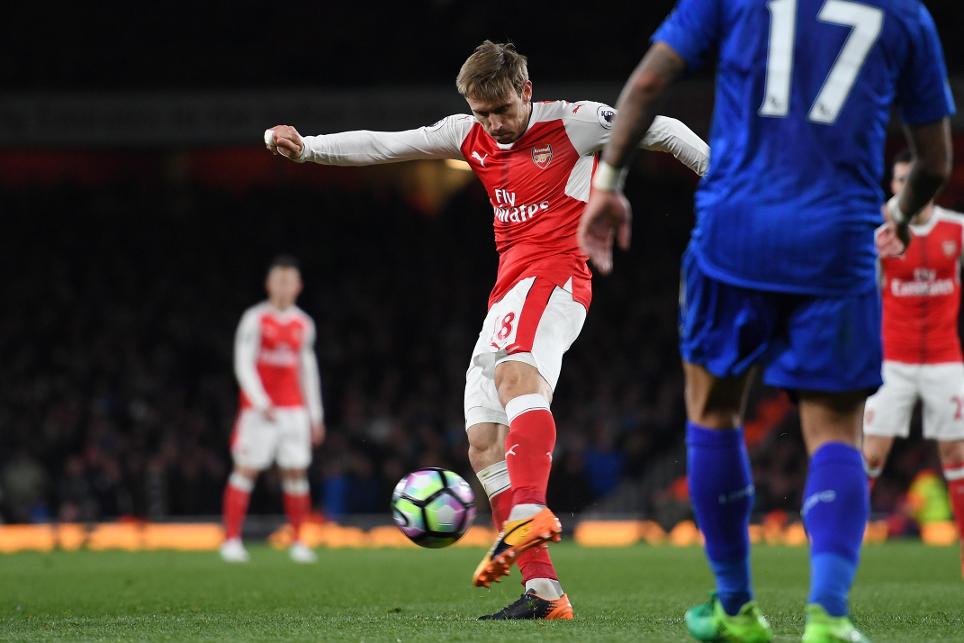 Arsenal's switch to a three-man defence has transformed the Fantasy Premier League prospects of Nacho Monreal (£5.8m) ahead of a run of five matches over the final three Gameweeks.

Playing either as a left wing-back or a left-sided centre-back, Monreal has registered a goal and an assist in his last three appearances across all competitions.

More significantly, the tactical shift appears to have cemented the Spaniard's starting role.

Previously under threat from Kieran Gibbs (£4.7m) for the left-back position, Monreal is a key figure in Arsene Wenger's new set-up.

He has started 14 of the last 15 Premier League matches and, along with Laurent Koscielny (£6.1m), appears to be the Arsenal defender most likely to offer FPL managers five starts over the season run-in.

Monreal's attacking potential at wing-back is an intriguing new factor to consider.

Pushing forward in that role, he scored the equaliser in the Gunners’ 2-1 FA Cup semi-final win over Manchester City.

He followed that by contributing an assist in the 1-0 victory over Leicester City in Gameweek 34, when his shot deflected off Robert Huth (£4.9m) to earn all three points.

The prospect of defensive returns look far more favourable from that point on.

Wenger’s side then travel to Stoke City and host Sunderland over two fixtures in Gameweek 37 before hosting Everton on the final weekend.

The match against the Black Cats looks particularly appealing given that David Moyes's side have failed to score in nine of their last 10 outings.

Sunderland also rank second for chances conceded (27) from their right flank over the last six Gameweeks, a factor that could allow Monreal to exploit his renewed attacking instincts via Arsenal's left.

With a trio of clean sheets from their last four matches on home turf, the attraction of three further Emirates Stadium encounters, combined with five fixtures, looks tempting for FPL managers.

Defenders who provide the prospect of clean sheets and the promise of attacking returns are often key assets in Double Gameweeks.

Owned by only 4.1% of FPL managers, Monreal fits that profile perfectly while offering a genuine differential option for those seeking to gain late ground in their mini-leagues.