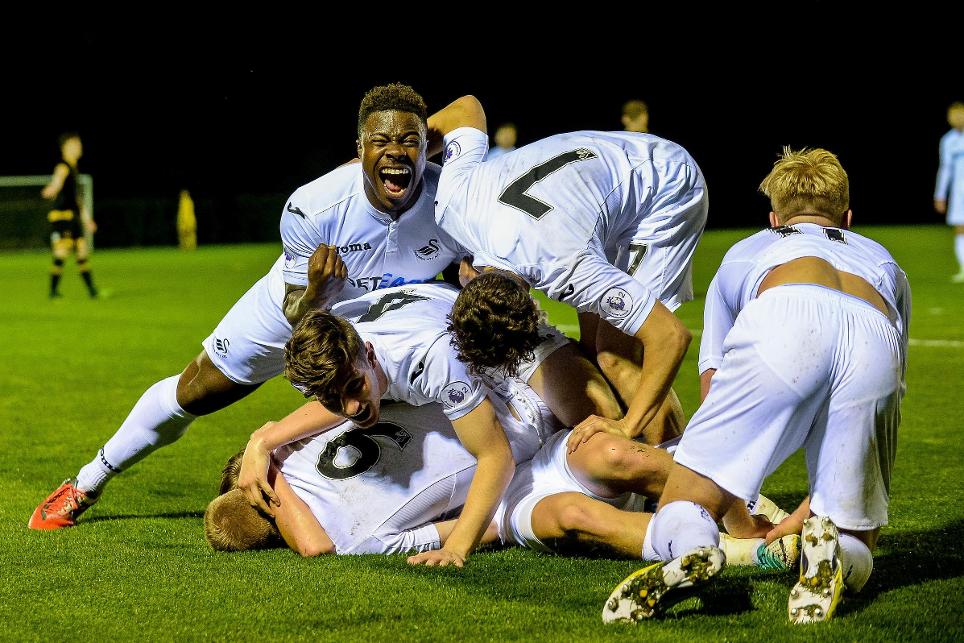 Oli McBurnie and George Byers struck in extra-time as Swansea City, chasing their second tropy of the season, reached the Premier League Cup final with a 3-0 win over Portsmouth at the Landore Training Centre.

Byers hit the woodwork twice in the first half of normal time for the Premier League 2 Division 2 champions, once with an early free-kick and then with a curling shot, while Curtis Main volleyed Pompey's best chance over after the break.

McBurnie broke the deadlock four minutes into extra-time from a rebound after Liam O'Brien was unable to hold Tyler Reid's shot.

Byers doubled the lead with a low strike seven minutes later and McBurnie made sure when he converted a penalty three minutes from time for his 23rd goal of the season.

Swansea, who finished 11 points clear of Wolverhampton Wanderers at the top of Division 2, now face Reading in the final.

The Royals won the inaugural competition in 2013/14.