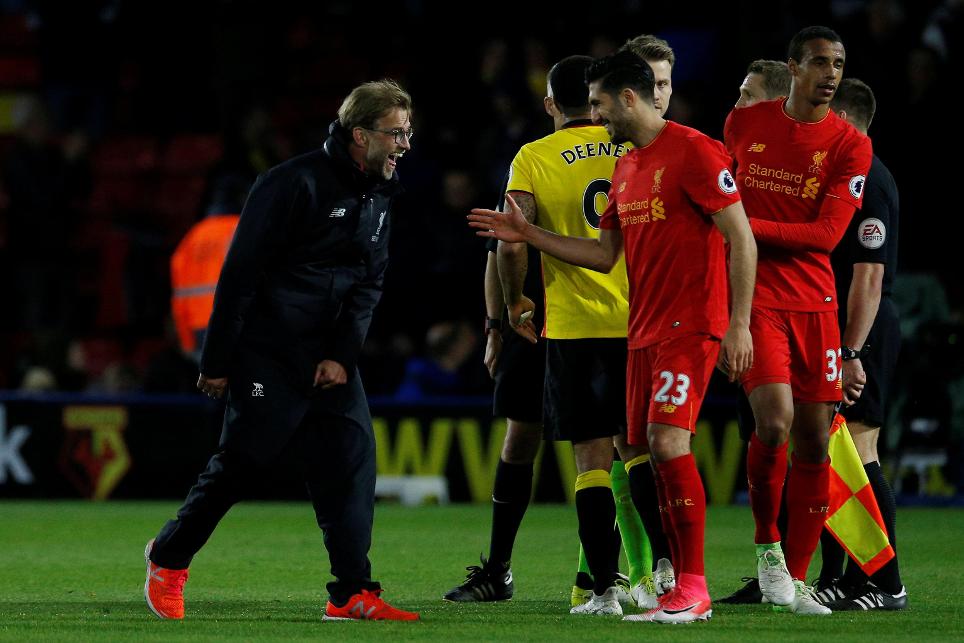 Former Manchester United midfielder Owen Hargreaves says the future is bright for Liverpool after their 1-0 victory over Watford on Monday night.

The victory, sealed with a stunning goal from Emre Can, strengthens Liverpool's hold on third place in the table.

Jurgen Klopp's team have lost only one of their last nine Premier League matches and with only three fixtures left, Liverpool are three points clear of fourth-placed Manchester City, who have a match in hand.

And Hargreaves said: "For Liverpool, to finish the season third would be a great achievement.

See: Plenty of hard work to do in top four race, says Klopp