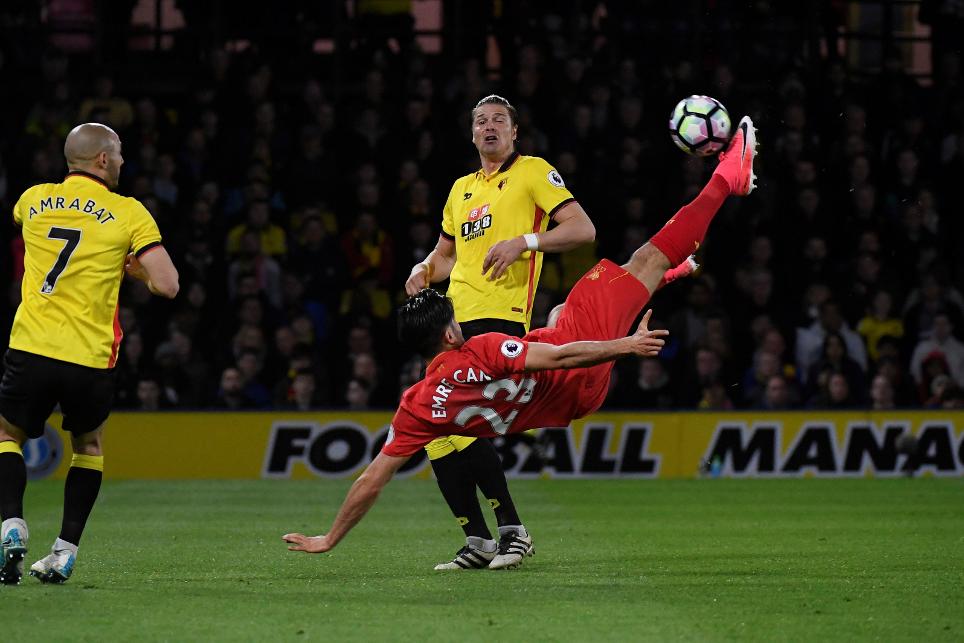 A magnificent strike from Emre Can sealed a 1-0 victory at Watford that boosts Liverpool's hopes of a top-four finish.

The visitors had the better of the opening half, Can forcing a save from Heurelho Gomes while Adam Lallana, coming on as an early substitute for the injured Philippe Coutinho, hit the bar with a sublime volley from distance.

Caught your breath back yet?

Key points and the story of a big, big win: https://t.co/JRWZadJEe9 pic.twitter.com/7r7M2e7XmM

And two minutes into first-half stoppage time, Can rose acrobatically to fire Lucas Leiva's pass into the top corner with a superb scissor-kick.

Gomes saved from substitute Daniel Sturridge in the second-half while Watford's Sebastian Prodl hit the crossbar late on.

The result puts Liverpool three points ahead of fourth placed Manchester City, who have a match in hand. Watford remain on 40 points but they drop to 13th.