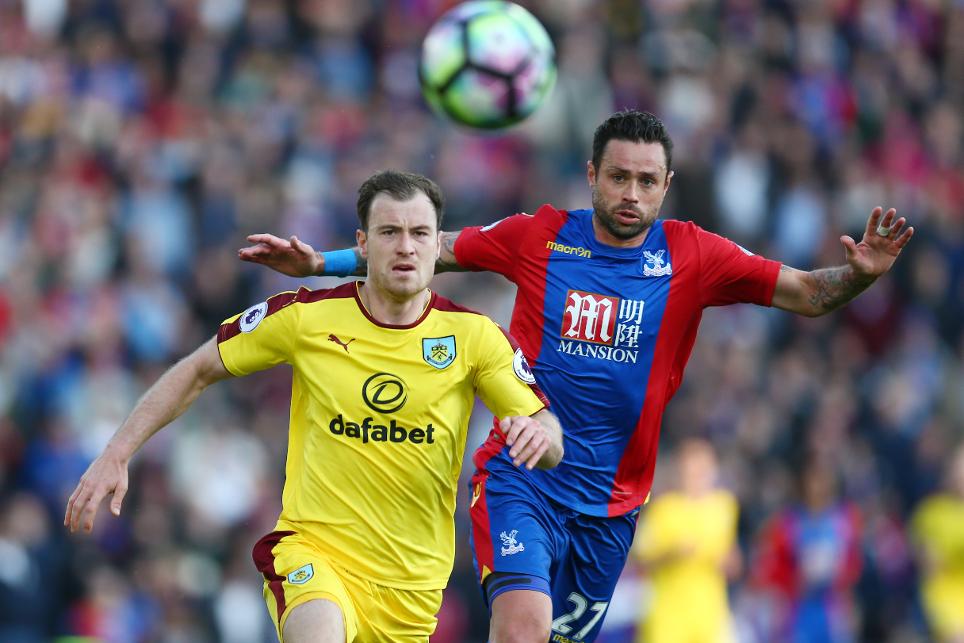 Benteke and Zaha on the decline after blanks against Burnley, whose own budget FPL forward is popular

Goals from Ashley Barnes (£4.5m) and Andre Gray (£6.0m) earned Burnley a first away win of the season, with Barnes picking up the maximum Fantasy Premier League bonus points.

Firing a sixth goal of the campaign, Barnes also made two key passes and a successful tackle to score 32 in the Bonus Points System (BPS) in the 2-0 win at Crystal Palace.

Michael Keane (£5.1m) claimed two bonus points, with the Burnley centre-back registering a BPS tally of 31 after contributing 17 clearances, blocks and interceptions (CBI) and winning two tackles in the Clarets' 10th clean sheet of the campaign.

George Boyd (£5.1m) collected the final bonus point, having supplied the assist for Burnley’s second goal. The midfielder also won five tackles and made four recoveries, helping him finish with a BPS total of 30.

Vokes recorded eight touches in the Palace penalty area and fired in four shots, all from close range.

A 14-point haul for Benteke over those matches softened his single-point return against Burnley, but Zaha’s second successive one-point score came as a major blow to his 16.4% ownership.

The remaining schedule for Sam Allardyce’s side combines trips to Manchester City and Manchester United, along with a home meeting with Hull City.

Unsurprisingly, Zaha and Benteke are being ditched from FPL squads.

Benteke has lost more than 28,000 owners, despite six goals and an assist over his last seven Gameweeks.

Burnley’s victory boosts confidence ahead of three remaining matches that all score two in the Fixture Difficulty Rankings (FDR).

Barnes' budget price-tag can help to preserve end-of-season funds and 7,000+ managers have drafted him in since Saturday, ranking him seventh for transfers-in among FPL forwards.