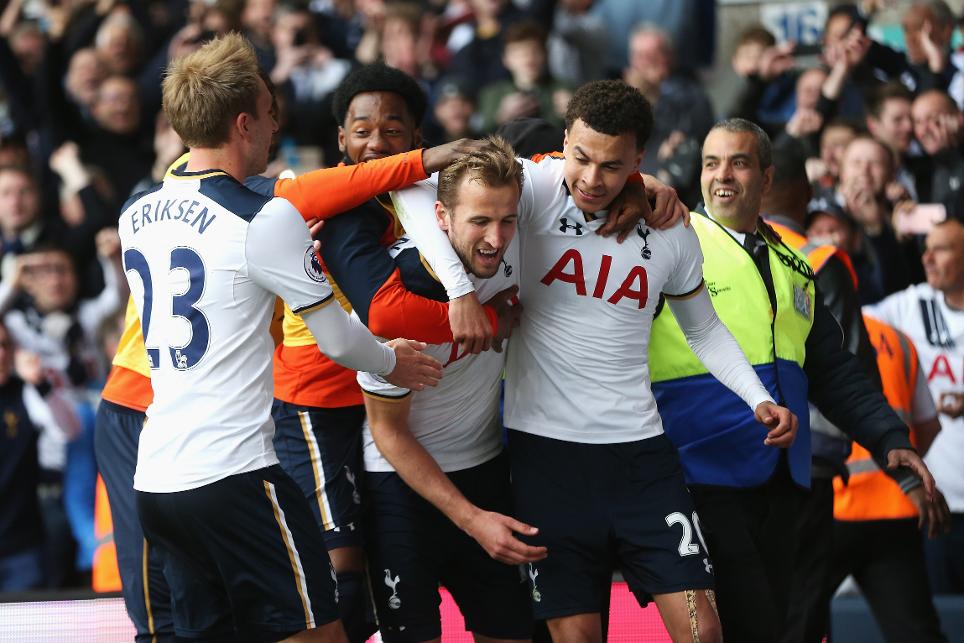 After delivering yet again in the derby Tottenham Hotspur's Kane, Alli and Eriksen cannot be overlooked by FPL managers

Kieran Trippier (£4.7m) was awarded the maximum three, having recorded 36 in the Bonus Points System (BPS).

Jan Vertonghen (£5.7m) picked up two additional points with a score of 31 in the BPS.

The centre-back completed 89% of his 56 passes, the most in the match, along with three dribbles.

Hugo Lloris (£5.5m) received the final bonus point after registering 30 in the BPS, having made four saves and 10 recoveries.

Alli and Kane both missed out on bonus points despite their goals. Alli scored 25 in the BPS, having been penalised for being tackled on four occasions, while Kane's BPS tally of 19 was because he was also tackled four times and booked for a second successive match.

Kane did, however, dominate in the ICT Index.

Top scoring for Threat with 96, second only to Southampton's Dusan Tadic (£6.9m) for Gameweek 35, Kane recorded 14.0 in the Index overall.

He fired seven shots, with five from within the Arsenal penalty box.

Christian Eriksen (£8.9m) was again Spurs' architect in midfield, scoring 56 for Creativity, after succeeding with three of 11 crosses and supplying four scoring chances.

Kane scored in a fifth successive Premier League encounter with Arsenal to underline his importance to FPL managers once more.

He took his tally to 21 goals from 26 appearances, maintaining a rate of 6.7 FPL points per match, more than any other outfield player.

Alli has scored in five of his last six home matches, producing a goal or an assist in eight of his last nine Gameweeks appearances.

Only four players, all FPL forwards, can better his tally of 17 goals.

But Eriksen's recent form is the most impressive.

His assist for Alli's opener took him to 17, the highest in the league and he has provided his 18.5% ownership with three goals and four assists, along with nine bonus points, over his last seven Gameweeks.

Eriksen tops the FPL midfield ranks for form, with 7.7 points from the last 30 days.

He was left out of the starting XI for a third time in six Gameweeks, only seeing action with three minutes remaining to frustrate his 33% ownership, who were denied their autosub replacement from the bench.

"It’s very difficult to take for the club, for all the players, the fans"

Alexis Sanchez (£11.5m) remains the key concern for Arsenal after providing just one goal from his last six Gameweek starts.

With five matches for the Chilean to play over the final three Gameweeks, Sanchez remains a major draw for FPL managers.

With over 20,000+ transfers in so far, only three players have proved a more popular target since Saturday's deadline.