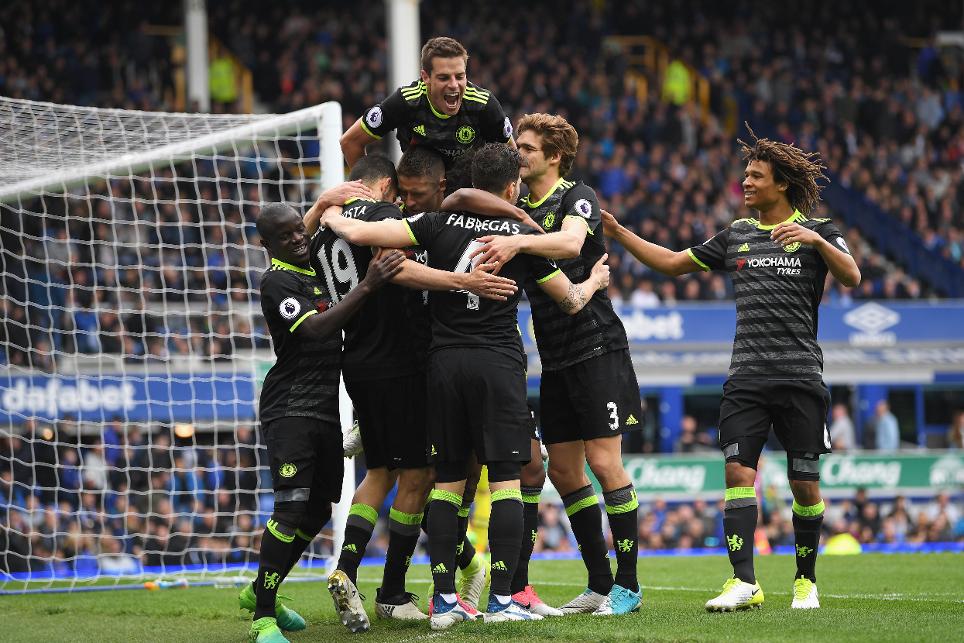 Conference Call: Linking up on and off the pitch External Link

Chelsea took a big step towards the Premier League title with an impressive 3-0 victory at Everton.

The match had a lively start, Dominic Calvert-Lewin hitting the post for Everton while Eden Hazard fired against the side netting.

Chelsea took the lead on 66 minutes through a superb strike from Pedro while Gary Cahill doubled the lead 13 minutes later when he bundled in from close range.

Victory was sealed four minutes from time when substitute Willian slotted the ball into the net to leave Chelsea four points clear of second-placed Tottenham Hotspur, who defeated Arsenal 2-0 later on Sunday.