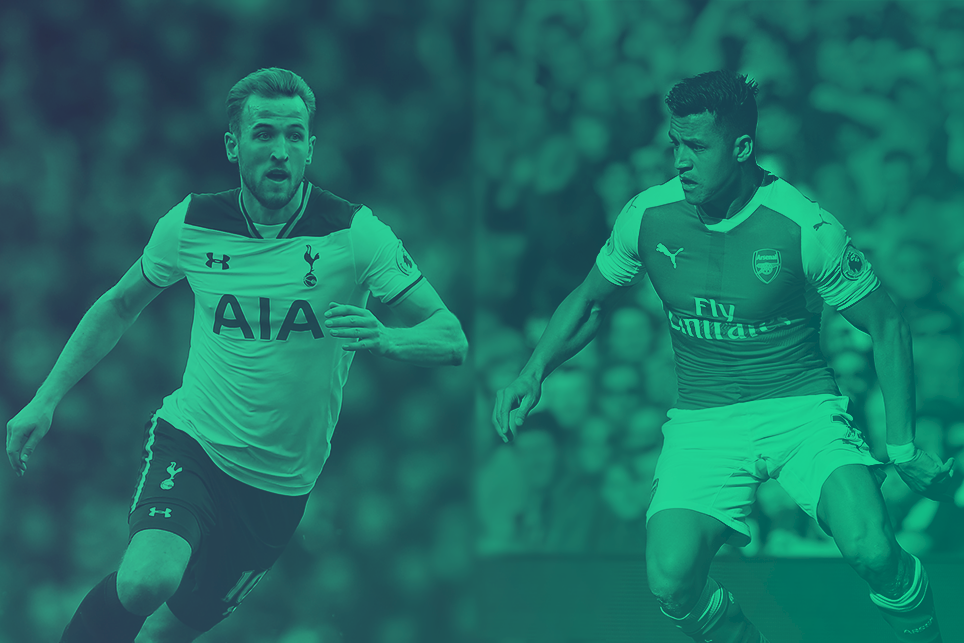 Wenger - I expect it to be an open derby External Link
FPL Show: 'Get me in, I'm a bargain!'

Kane has registered double-figure tallies in each of his last three home starts and his average of 6.8 points per match is more than any outfield player this season.

The top-scoring player in Fantasy Premier League, Sanchez returned to the lone striker role in the Gunners' midweek win over Leicester City and has scored 13 of his 19 goals away from home.

But the Chilean will be tested against a defence that boasts the most resilient home record in the Premier League, conceding only eight goals in 17 matches.

Subject to more transfers in than any player in the Gameweek, Southampton striker Manolo Gabbiadini (£6.4m) has produced four goals and an assist in six league outings ahead of a home encounter with Hull City.

Up against a defence that has conceded more times on their travels (41) than any other side, the Italian has earned 55,000+ new owners ahead of six fixtures in the final four Gameweeks.

The in-form Norwegian has scored eight times in nine Gameweek appearances and faces a team who have conceded at least two goals in six of their last eight home outings.

Sergio Aguero (£12.8m) has scored in five of his last six appearances and has 12 in 13 in all competitions ahead of Manchester City's visit to Middlesbrough.

The Argentinian has produced 35 shots on goal from Gameweek 29 onwards – at least 10 more than any other FPL forward.

But his pitch-time is under threat from Gabriel Jesus (£8.6m), who came off the bench in Thursday's Manchester derby.

Elsewhere, Christian Benteke (£7.4m) entertains a Burnley side who have picked up only four points on their travels all season.

The Crystal Palace forward has five goals and an assist in his previous six Gameweek appearances, including double-digit returns against both Chelsea and Liverpool.

Liverpool’s Philippe Coutinho (£8.6m) makes his way to Watford in fine form, having found the net in four of his previous five Gameweek outings.

Team-mate Roberto Firmino (£8.7m) has been similarly consistent, returning points in six of his last seven.

They delivered 11 and 15 points respectively in a 6-1 win over the Hornets back in Gameweek 11.

His price is going ⬆️ pic.twitter.com/8yNyioXaxX

The most popular player in FPL, Lukaku has netted 11 times in his previous six outings at home.

He travels to Merseyside on the back of four goals in as many Gameweeks, while team-mate Diego Costa (£10.3m) registered his biggest haul of the season last time out with a 16-point score at home to Southampton.