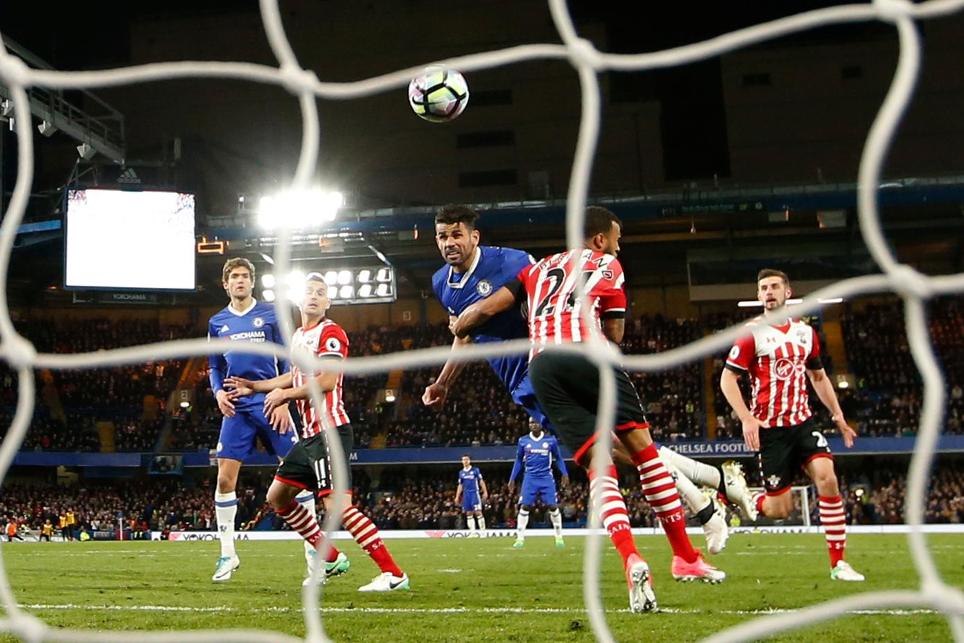 Diego Costa scored his 50th and 51st Premier League goals as Chelsea moved seven points clear at the top of the table with a 4-2 victory over Southampton.

The Spaniard netted twice in the second half, outsmuscling Ryan Bertrand to head in from Cesc Fabregas's cross before firing home after clever exchanges with Eden Hazard and Pedro.

Here's the report from Stamford Bridge as the Blues go seven points clear at the top of the league... https://t.co/3AgDAsuYEo

Chelsea went 1-0 up after five minutes when Hazard superbly found the bottom corner, before Saints' bright response was rewarded with Oriol Romeu equalising from close range.

Chelsea's win puts pressure on second-placed Tottenham Hotspur ahead of their trip to Crystal Palace on Wednesday. Saints remain ninth.