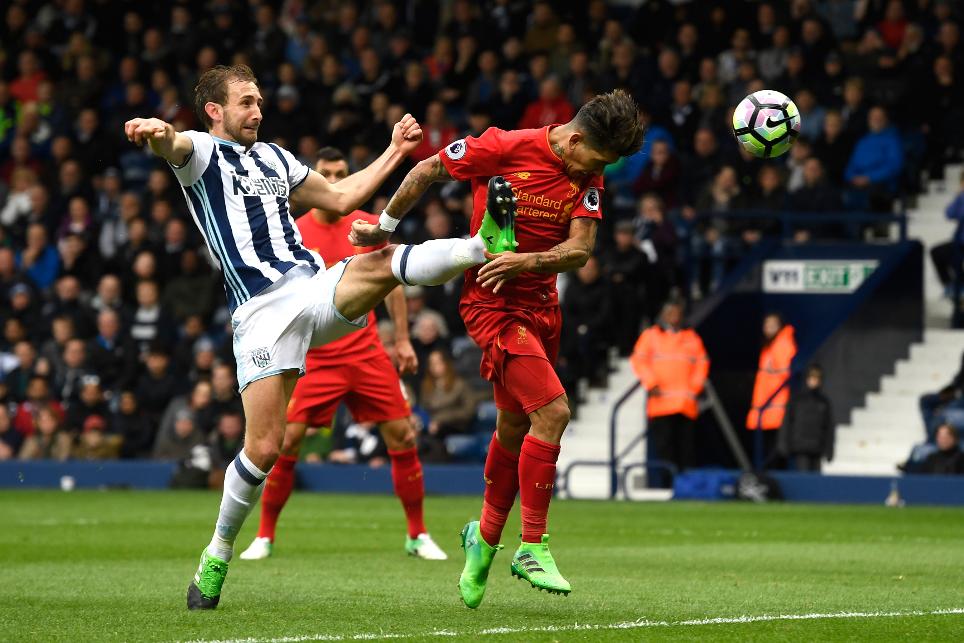 Tallying 46 in the Bonus Points System (BPS), the top score so far in Gameweek 33, the Brazilian fired a first-half winner and created five goalscoring opportunities.

Roberto Firmino - your @carlsberg Man of the Match. 👏 pic.twitter.com/v03EalpQU3

The Liverpool centre-back registered eight clearances, blocks and interceptions (CBI) and won three tackles to help earn his side a first clean sheet since Gameweek 25.

Simon Mignolet (£4.7m) and Dejan Lovren (£4.8m) both tallied 27 in the BPS to claim a single bonus point at The Hawthorns.

Firmino maintained his recent fine form to top the ICT Index with a score of 16.6.

His total of five key passes helped him to an ICT Creativity haul of 62, his biggest since Gameweek 6.

But it was his team-mate Philippe Coutinho (£8.5m) who boasted the main threat to the hosts in Sunday’s contest.

Subject to more than 89,000 transfers in for Gameweek 33 after scoring in three consecutive appearances, Coutinho produced four shots on goal.

Owned by 12.5% of FPL managers, Firmino has registered returns in each of his last six Gameweek appearances.

The Brazilian has three goals and four assists over that spell, with an 11-point haul on Sunday earning him a top-five place in the FPL midfield standings.

Liverpool’s lack of a Double Gameweek limits Firmino's appeal, however. Just over 9,000 FPL managers have acquired him in the Gameweek despite an otherwise favourable upcoming schedule.

According to the Fixture Difficulty Rankings (FDR), only one of Liverpool’s remaining five matches score more than two.

As the only side without a fixture in Gameweek 34, faith in West Bromwich Albion's regulars is in decline.

McAuley has scored six times this term but has failed to register a single shot on goal in his last seven Gameweek appearances.

Elsewhere at the back, Ben Foster (£4.7m) is the second-most transferred-out goalkeeper ahead of Gameweek 34.