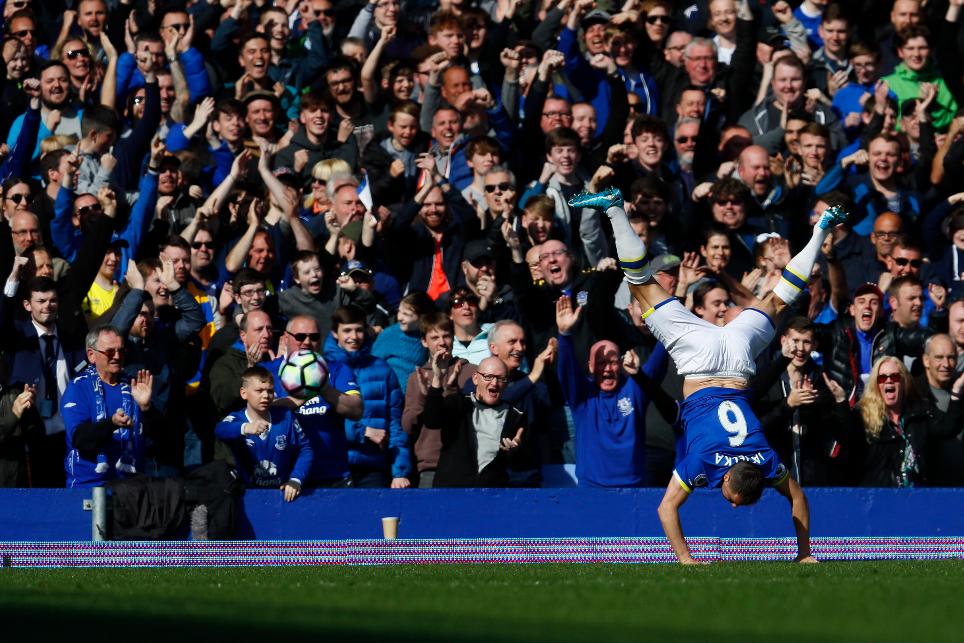 Phil Jagielka (£4.8m) collected the maximum three, thanks to a score of 31 in the Bonus Points System (BPS).

The veteran opened the scoring for Ronald Koeman’s side and completed 82% of 41 attempted passes. He also registered 17 clearances, blocks and interceptions (CBI), more than any player in the Gameweek so far, and won two tackles.

His defensive partner Ashley Williams (£5.2m) was awarded two bonus points, with a score of 30 in the BPS.

The Welshman completed 83% of 43 passes, one of which supplied his third assist in four Gameweeks for Jagielka’s strike. Williams also recorded 12 CBI and two successful tackles.

Leighton Baines (£5.9m) picked up a single bonus point, tallying 29 in the BPS.

The left-back created six goalscoring opportunities, more than any Gameweek 33 asset, and earned the assist for his side’s third goal.

The Belgian’s BPS tally suffered as he was caught offside on three occasions, tackled three times and also missed the target with four of his six shots on goal.

Lukaku claimed top spot in the ICT Index, mainly due to a Threat score of 90, his third-highest total of the season.

The most-captained player for Gameweek 33, backed by more than 20% of FPL managers, Lukaku’s five shots from inside the penalty box was joint top over the weekend's action.

Acquired by more than 107,000 ahead of Gameweek 33, Jagielka’s third successive goal has turned the heads of FPL managers.

Everton are without a Double Gameweek over the run-in, but the centre-back leads the way for transfer interest among defenders regardless, with a further 19,000 drafting him in since Saturday's haul.

Lukaku's owners are considering an exit plan for the striker as both Manchester United's Zlatan Ibrahimovic (£11.4m) and Crystal Palace's Christian Benteke (£7.2m) are set to play twice in Gameweek 34.

Despite taking his season tally to 24 goals, Lukaku ranks fourth for transfers out among strikers and has been sold by 12,000+ FPL managers since the weekend.

For Burnley, Tom Heaton’s (£5.2m) five saves helped extend his lead at the top of the FPL goalkeeper standings.

He boasts a 17-point advantage over his nearest challenger, Chelsea’s Thibaut Courtois (£5.9m). The Burnley No 1 has earned at least one save point in 19 of his 30 Gameweek appearances.