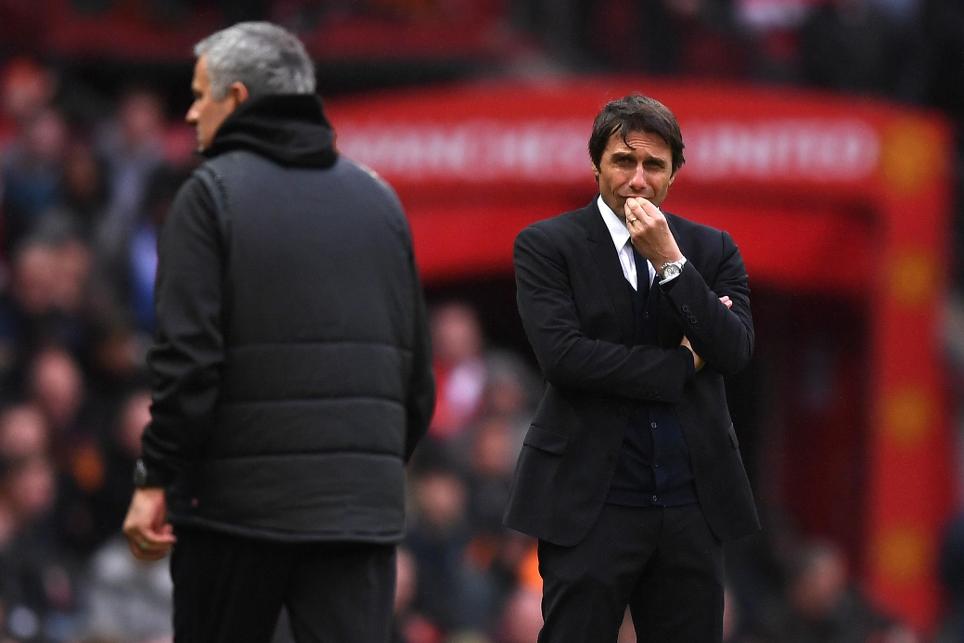 Phil Neville says Chelsea’s defeat by Manchester United has left the league leaders with a "nerve-racking" end-of-season battle for the Premier League title with Tottenham Hotspur.

The 2-0 loss at Old Trafford on Sunday reduced Chelsea's lead over Spurs to four points and Neville, who won six titles as a player with United, says Chelsea’s run-in could yet prove their undoing.

“Before [Sunday’s match] you looked at the run-in and said, 'It looks a little bit easy, that', but now, all of a sudden ... the games look a little bit harder," Neville said.

“It’s always nerve-racking when there’s a team chasing you who are enjoying playing, enjoying the title run-in and are playing with the freedom to go and express themselves."

Chelsea and Tottenham Hotspur each have six matches remaining, with Antonio Conte’s men hosting Southampton on 25 April, before visiting Everton (30 April), who have won their last eight home matches in a row, while Spurs go to Crystal Palace on 26 April and then welcome Arsenal to White Hart Lane four days later in what promises to be a fascinating north London derby.

Chelsea next take on Middlesbrough at home (8 May), West Bromwich Albion away (12 May) and finish off their campaign with home matches against Watford (15 May) and Sunderland (21 May).

Spurs, meanwhile, visit West Ham United (5 May) before travelling to Old Trafford (14 May) and close their campaign with back-to-back trips to Leicester City (18 May) and Hull City (21 May).

Perhaps significantly Chelsea play ahead of Spurs in four of the remaining six fixtures, giving them the chance to put the pressure on the north Londoners – or perhaps heap more on themselves.