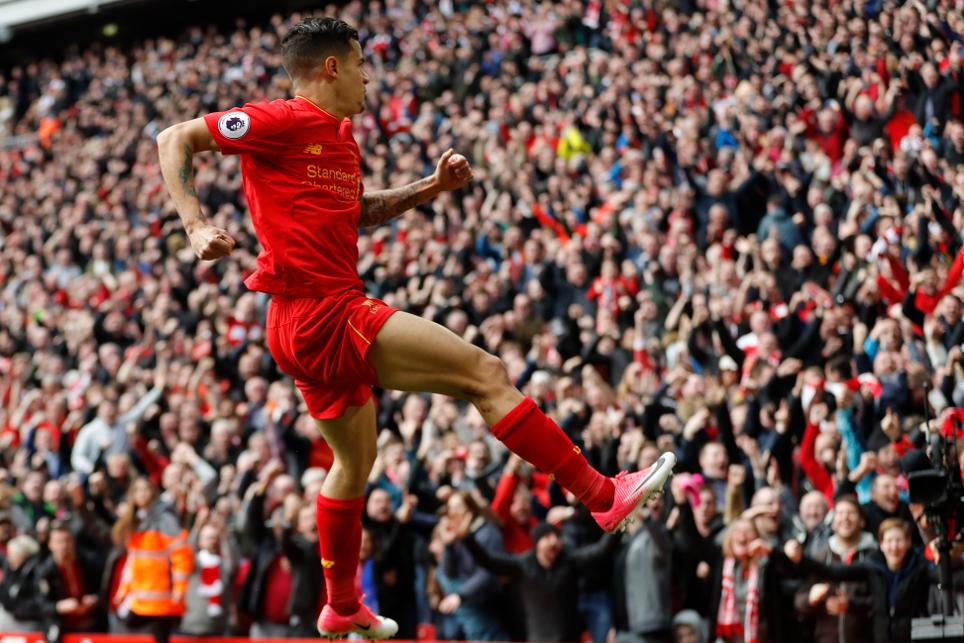 'Coutinho and Firmino are fantastic, but they don't do it alone' External Link
Scout Selection: Palace assets set to profit
Lukaku and Kane race for Gameweek captaincy

Manager Jurgen Klopp sprung a surprise by naming both Brazilians among the substitutes and rolling out a 3-5-2 formation in last week’s trip to Stoke City.

But with his side trailing 1-0 at the break, Klopp’s decision to introduce the duo from the bench paid off after they claimed a goal apiece to earn a 2-1 victory.

🇧🇷 He broke a record in Gameweek 32 and now his #FPL price is on the ⬆️ pic.twitter.com/bcPTskbodn

Having scored in each of the last three Gameweeks, Coutinho has been acquired by more than 60,000 FPL managers ahead of Saturday's 11.30am BST deadline.

After being limited to a cameo role in last week’s 4-0 win over Watford, Harry Kane (£11.3m) also looks set for a first-team return as Tottenham Hotspur host AFC Bournemouth.

Elsewhere, managers will have worries over the pitch-time of Manchester United's Antonio Valencia (£6.0m) for the season run-in.

Sold by 74,000+ since last weekend, the right-back had missed the last two outings before being reintroduced in the UEFA Europa League on Thursday, potentially suggesting he could be rested against Chelsea on Sunday.

Patrick van Aanholt (£4.9m) could offer FPL managers with an alternative defensive option. He is back in contention for Crystal Palace’s home match against Leicester City.

Having recovered from an ankle complaint, the fit-again Dutchman will compete with Jeffrey Schlupp (£4.7m) for the left-back berth as Sam Allardyce’s side prepare for two Gameweek 34 fixtures against Liverpool and Tottenham Hotspur next time out.

Southampton striker Manolo Gabbiadini (£6.5m) is another who could offer strong Double Gameweek prospects. The Italian has returned to training ahead of a home match with Manchester City.

Gabbiadini scored four times in his first three Premier League appearances before sustaining an injury in Gameweek 29, but he is back in contention as the Saints prepare for two fixtures in both Gameweeks 36 and 37.