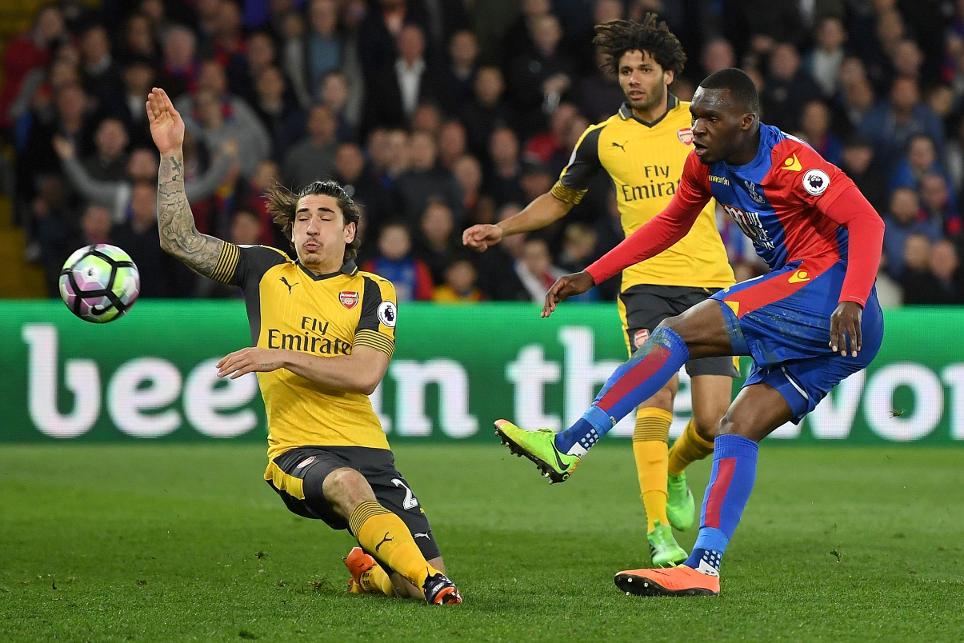 In form and in the points, Sam Allardyce's Eagles are key components of The Scout's Gameweek 33 line-up

A 71-point return from our Gameweek 32 selection was comfortably above the average (56) but, having missed out on the points from Crystal Palace's flourishing assets, our brand new XI bids to correct matters.

The Eagles next host a Leicester City side who kept their UEFA Champions League hopes alive thanks to a narrow midweek defeat by Atletico Madrid. With the second leg looming, the Foxes could shuffle the pack for Saturday's encounter, providing Palace with the platform for a sixth victory in seven matches and another round of Fantasy Premier League profit.

Over the last nine Gameweeks, the Crystal Palace goalkeeper has kept five clean sheets, more than any other FPL goalkeeper, while also providing seven save points. That record has us backing Hennessey at home to Leicester City, as he bids to boost his stock further ahead of a pair of Gameweek 34 fixtures.

With two goals, an assist and a pair of clean sheets in his last five outings, the Everton defender tops the FPL form standings for his position heading into a home meeting with Burnley. The Clarets have scored only once from their previous three away trips, with just nine goals from 16 matches on the road.

Reviving his FPL stock with a sublime free-kick in the Gameweek 32 win at AFC Bournemouth, the Spaniard is recalled to our selection for a trip to Manchester United. The Red Devils average only 1.3 goals per match and boast the fourth-worst shot conversion (8.9%), suggesting that Alonso could claim a first clean sheet since Gameweek 22.

Now a mainstay of the Spurs defence with Danny Rose (£5.9m) sidelined, Mauricio Pochettino's rearguard have conceded only eight goals from 16 home matches, keeping 10 clean sheets, ahead of the White Hart Lane meeting with AFC Bournemouth.

Up against a Burnley defence that has faced more shots (573) than any other side, the Everton midfielder seeks to maintain the form that has produced four assists and a goal in the last five Gameweeks. Part of just 2.5% of FPL squads, Mirallas presents a handy short-term differential.

A tally of 34 points from his previous five Gameweeks, made up of three assists and two goals, mirrors the form that edged the winger into early-season FPL consideration. Facing a Leicester City defence that could rotate ahead of their UEFA Champions League second leg, Zaha appears poised for another return.

With five goals in his last six Gameweeks and four in successive home matches, the Spurs midfielder is a shoo-in for our selection. Opponents AFC Bournemouth have allowed the most shots on goal (95) over the last six Gameweeks.

Having suffered three Gameweeks without a goal or an assist, we are willing to trust that the Chilean will snap his recent drought and return to the scoresheet in Monday's visit to Middlesbrough. Steve Agnew's side have shipped 10 goals in the last six Gameweeks and their quest for vital points could well expose them to the pace of Sanchez.

An almost essential pick when faced with a Goodison Park fixture, the Toffees striker has blasted 12 goals in his last seven matches on home turf. Lukaku has scored or assisted 29 goals this season, more than any other FPL asset. He is unquestionably the safe option for the captaincy and duly claims our Gameweek armband.

With 17 goals in as many Gameweek appearances prior to a recent ankle injury, it is no surprise to see the Spurs striker back in our selection. Owned by only 11.2%, Kane is a powerful differential and the captain of choice for those seeking to make up ground on mini-league rivals.

The Belgian drew a blank in the 3-0 victory over Arsenal but fired more shots in the box than any other FPL asset in Gameweek 32. With goals in two of the last three Gameweeks, we see Benteke producing against a Leicester City defence that has shipped eight in their previous three away trips.