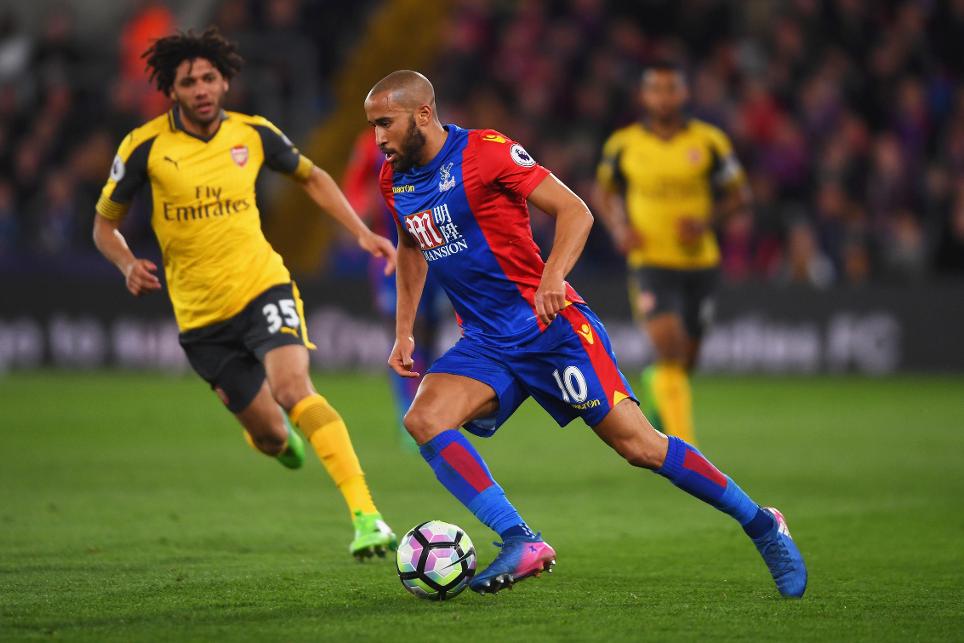 Crystal Palace’s stunning 3-0 win over Arsenal ensures that they are the major contributors to the Gameweek 32 Fantasy Premier League Dream Team.

With five victories in their last six matches and two fixtures to come in Gameweek 34, FPL managers are on alert to Sam Allardyce’s players, three of whom have earned call-ups to the weekly elite.

The Welshman grabs his second Dream Team appearance after a fourth clean sheet in six Gameweeks during Monday’s win. Hennessey presents a worthy budget option for Palace's pair of testing Gameweek 34 fixtures against Liverpool and Tottenham Hotspur, having made 17 saves – returning five points – over his last three starts.

After an 11-point haul in Gameweek 31, the Everton defender went one better in Sunday’s 4-2 win over Leicester City, registering a goal, an assist and two bonus points. That 12-point return handed Jagielka a third Dream Team call-up.

Replacing the top-owned FPL defender Kyle Walker (£6.4m) in the Spurs line-up for the second time in three Gameweeks, Trippier produced a second double-digit score of the campaign. He created six chances from right-back in the 4-0 win against Watford, more than any other player in Gameweek 32.

Another defender to demonstrate his creative qualities, the Manchester United left-back made only his second start since Gameweek 11, creating four chances in a 60-minute appearance. Shaw earned his second successive assist to return 10 points in a 3-0 win at Sunderland.

A spectacular display in Spurs' resounding defeat of Watford produced two goals, an assist and maximum bonus points for Son, who registered the highest individual score of Gameweek 32, with 19 points. That secured a third Dream Team appearance, sealing his status as the top transfer target in the game with 81,000+ new FPL owners since Saturday’s haul.

The Palace winger rewarded the 44,000 managers who drafted him in for Gameweek 32 by providing two assists in the 3-0 win over Arsenal, claiming a fourth Dream Team call-up. Zaha has produced two goals and three assists in Palace’s last five Gameweeks, with his ownership set to soar ahead of Gameweek 34.

On the opposite flank for Palace, Townsend equalled his highest single Gameweek score of the season (14 points) after a goal, an assist and three bonus points in Monday’s victory. While Zaha has supplied three assists in his last six Gameweeks, Townsend has created more chances over that spell (13 v 8).

Filling the void left by the suspended Oriol Romeu (£4.5m) in the Southampton midfield, Clasie scored his first Premier League goal in Southampton’s 1-0 win at West Bromwich Albion. The Dutch midfielder makes his Dream Team bow thanks to an 11-point return.

After producing 10 points in the 3-1 win over AFC Bournemouth, Hazard has averaged 9.75 points per match over his last four Gameweek starts, having registered four goals and an assist during that spell.

The Golden Boot leader maintained his sensational scoring form at Goodison Park with another two goals to help Everton to a 4-2 win over Leicester City, banishing doubts created by successive blanks on the road. With Burnley visiting Merseyside for Gameweek 33, Lukaku is poised to figure among the top captain candidates once again.

A first double-digit score since Gameweek 18 has earned the Swede a sixth Dream Team call-up. Backed by 15.7% of FPL mangers with the captaincy, Ibrahimovic produced a goal, an assist and maximum bonus points in the 3-0 win at Sunderland as he rebuilds his FPL reputation ahead of two Gameweek 34 fixtures.