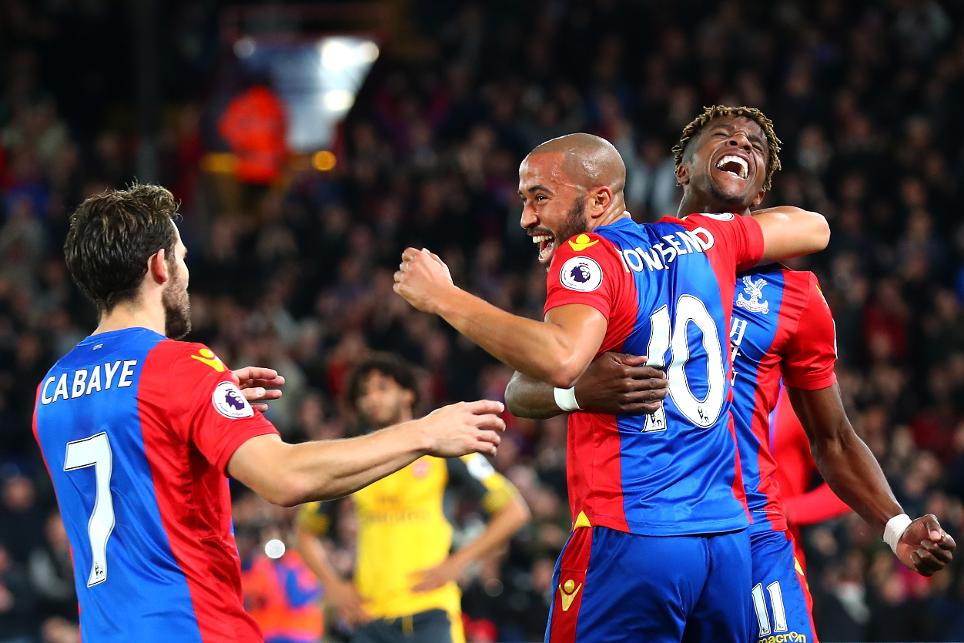 'We all let the fans down tonight' External Link

Townsend has been awarded maximum bonus in three of his last five Gameweeks.

Wilfried Zaha (£5.8m) picked up two bonus points with an impressive display on the right.

Those were two of four key passes made by Zaha in Monday's contest, helping him to a BPS tally of 36.

His final total suffered due to being tackled on eight occasions and committing three fouls.

Luka Milivojevic (£5.0m) made it a clean sweep for the Eagles by claiming the final bonus point on offer.

The midfielder converted a second-half penalty, while he also won two tackles and made six recoveries to score 30 in the BPS.

Townsend was prominent in the ICT Index, leading the way with 14.7, his best tally of the campaign.

He ranked top for Creativity (55), having produced more crosses than any other player, succeeding with three of eight attempts to set up four shots on goal.

Townsend also ranked third for Threat in Monday's match (43), recording three shots on goal, with two arriving from inside the box.

Indeed, he enjoyed eight touches in the Arsenal penalty area compared with Zaha's three – the latter scored 18 for Threat courtesy of two shots on goal, both of which missed the target.

Christian Benteke (£7.1m) top-scored for Threat for the home side having recorded 10 touches in the Arsenal box. His tally of five shots from inside the penalty area was more than any other player in Gameweek 32.

The performances and double-digit returns from both Townsend and Zaha make them key transfer targets.

Palace entertain Leicester City at Selhurst Park next, before embarking on two fixtures in Gameweek 34 when they travel to Liverpool and then host Tottenham Hotspur.

While those will pose major tests for Sam Allardyce's resurgent side, having gained five victories in their last six outings, the Eagles cannot be underestimated.

Benteke presents a third attacking option to consider, although, with competition fierce in our FPL forward lines, Zaha or Townsend are likely to be the preferred options.

At the back, the Palace rearguard have kept four clean sheets from their last six Gameweeks.

Mamadou Sakho (£4.8m) is an influential figure but, with the Liverpool loanee ineligible to face his parent club in Gameweek 34's opening fixture, FPL managers should consider their options.

Wayne Hennessey (£4.3m) in goal and Joel Ward (£4.8m) at right-back have been ever-present under Allardyce.

The Chilean presents the opportunity for eight appearances from the remaining six Gameweeks, but has produced a single goal and an assist from his last five starts from a role on the left wing.

It is the first time this season that Sanchez has gone three Gameweeks without recording a goal or an assist.