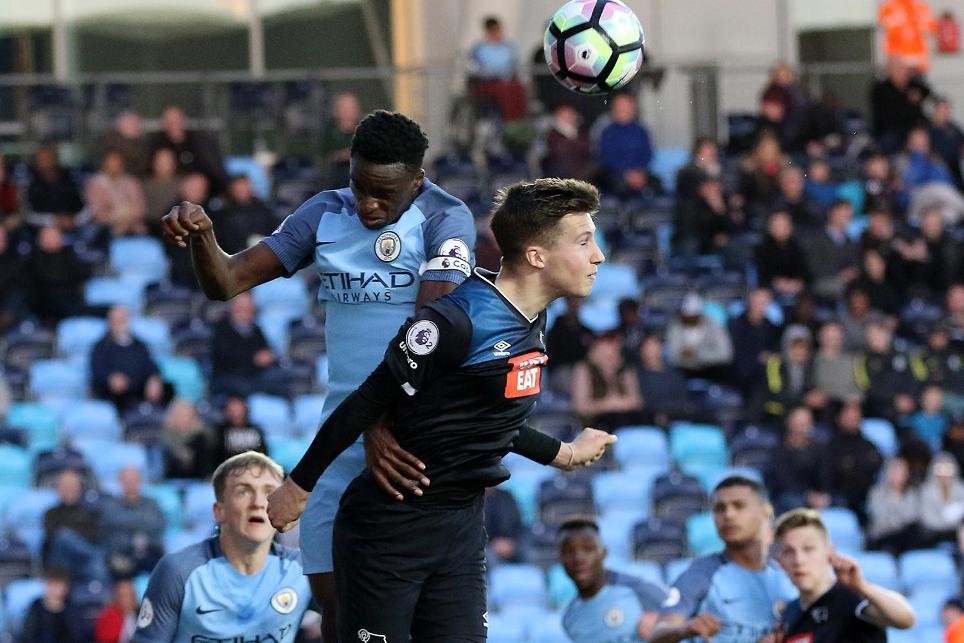 Manchester City remain in contention for the Premier League 2 Division 1 title after a 4-1 win over Derby County.

Goals by Thierry Ambrose, Rodney Kongolo and Lukas Nmecha brought Man City back from a goal down to move to within two points of leaders Everton.

City come from behind to keep the pressure on #PL2 leaders @Everton! #mcfc https://t.co/KWyasBsCba

Derby led through Emil Jakobsen on the half-hour, but City levelled 10 minutes after the interval when Ambrose reacted quickest to a saved free-kick.

Kongolo chipped City into the lead, and Nmecha made it 3-1 with 20 minutes to go.

In the final minute Derby's Calum Macdonald turned Jadon Sancho's cross past his own goalkeeper.

Everton can restore their five-point lead with a home victory over Tottenham Hotspur on Monday, while City are next in action at Liverpool on 23 April.