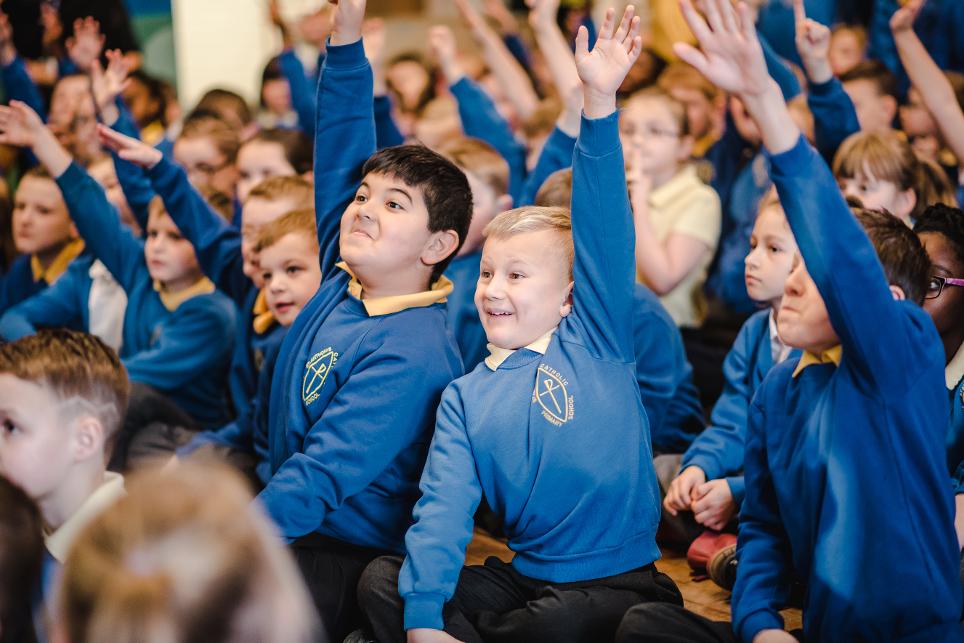 Henry Commander, deputy head at Brecknock School, on how PL Primary Stars is helping him and his colleagues

Premier League Primary Stars is already having a big impact at schools across England and Wales, helping to boost opportunities to learn not just in sport but in the classroom as well.

Henry Commander is deputy head at Brecknock Primary School, north London, and was at the launch of the PL Primary Stars programme. He spoke about how the Premier League initiative is helping him and his colleagues.

"We have been lucky to be affiliated with Arsenal for 2-3 years and their coaches have come in and helped deliver assemblies and embed the Premier League’s core values: things such as resilience but also diversity.

"They are really building these things at our school and now we have Premier League Primary Stars to help further.

"What is amazing about Premier League Primary Stars is that it is not just about playing football outside, it is about bringing things into the classroom as well.

"It is about bringing all the great things that come from football, such as its core values, and getting them into the classroom and using them ultimately to have an impact on the children’s learning.

"It is providing resources. We have got lesson plans, teacher tips and guidance assembly ideas and all these can be used by lots of different teachers.

"Leaders can grasp hold of them and use as inspiration, stimuli to really engage their children.

"For us teachers, the plans are easy to access and so detailed as well, for reading, writing, maths and [Personal, Social and Health Education] PSHE.

"The videos are really good for teachers as well, showing these four skills and putting lesson ideas into practice.

"I can do an assembly and talk to the children, giving out these core messages, but as soon as I put on a video of Wes Morgan everyone is on the edge of their seat and listening!

"And it is exactly the same in the classroom. The other day I was delivering a literacy lesson and I went on to the Premier League Primary Stars website and downloaded a video.

"It was a resource to do with Paul Pogba and a newspaper article and suddenly everybody in the classroom was alert and wanting to learn. It had become meaningful as well as cool for them.

"What is powerful about this programme is that it is both for the teacher and the child. It is that combination of teacher input and child input that can help everybody within the community.

"A teacher said to me the other day that they had downloaded one of the tools for guided reading and it was a small idea of using player positions to help with English. So the defender was the clarifier, looking around a word and understanding the meaning behind it.

"The midfielder was the predictor and predicts what will happen next in the text and the striker was the person who sought out the answers. Suddenly a disengaged child was up for this lesson and keen to learn.

"Another idea was doing a penalty shootout at the end of the lesson. Well, obviously, the response in class was incredible.

"So they were doing a regular, everyday activity and at the end they had a quiz based on a penalty shootout. The next day, the teacher could not believe how much the students had remembered and retained.

"Even simple things such as the Premier League stickers are amazing. Everybody loves one and they are all free from the website.

"What is an important point as well is that all the resources, especially the PSHE ones, really align with what all schools are trying to do at the moment.

"The idea of growth mind set, can-do attitudes, resilience. All these things are messages which we are trying to embed into our children.

"The fact that these Premier League stars are great role models and ambassadors for promoting all these values is perfect for us.

"But it is brilliant because it is not just at our school but at thousands across the country.

"So, it’s is an opportunity too good to miss. We need to grab hold of this chance and help improve people’s learning opportunities."